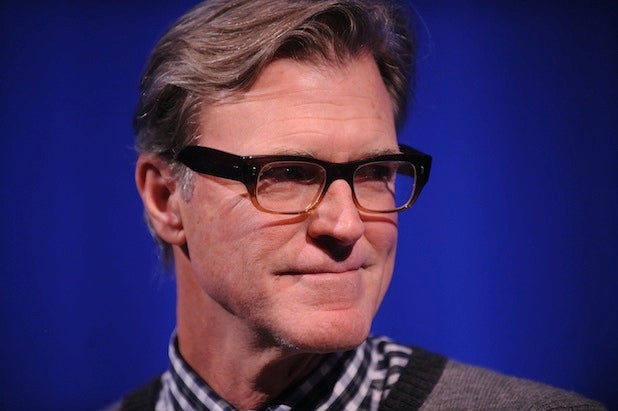 “Saving Mr. Banks” director John Lee Hancock has come on to rewrite MGM’s remake of “The Magnificent Seven,” which Tom Cruise is no longer involved with, TheWrap has learned.

“True Detective” scribe Nic Pizzolatto wrote the initial draft of the script. John Sturges directed the original 1960 Western, which itself was based on Akira Kurosawa’s 1954 classic “Seven Samurai.”

“Magnificent Seven” starred Yul Brynner, Steve McQueen, Charles Bronson, James Coburn, Robert Vaughn, Brad Dexter and Horst Buchholz as a group of American gunmen hired to protect a small Mexican village from a group of savage bandits led by Calvera (Eli Wallach). The film was followed by three sequels and remade as a CBS series in 1998-2000.

Cruise first became interested in “Magnificent Seven” back in May 2012, when MGM began developing a remake of its library title, though with his busy schedule, the project was never in his immediate plans. Pizzolatto was hired in August 2012 thanks to heat generated by HBO’s upcoming miniseries “True Detective,” which stars Matthew McConaughey and Woody Harrelson.

MGM remains focused on mining its library titles to generate new profits. In addition to upcoming reboots of the “RoboCop” and “Poltergeist” franchises, the studio is also developing remakes of “Death Wish” and “WarGames.”

Hancock is no stranger to the Western genre, having co-written and directed “The Alamo” for Disney, which has maintained faith in the filmmaker despite that film’s disappointing box office performance. Not only did the studio entrust him with its own Walt Disney movie “Saving Mr. Banks,” which is currently in the awards conversation, but it also turned to Hancock to fix its upcoming tentpole “Maleficent.” Hancock wrote several new scenes and helped oversee reshoots on the $200 million-budgeted Angelina Jolie movie.

Also Read: Director John Lee Hancock on ‘Saving Mr. Banks': We Went for the Truth, Not the Facts

Hancock directed Sandra Bullock to an Oscar nomination for “The Blind Side,” which was a surprise Best Picture nominee. His other feature writing credits include Clint Eastwood’s “A Perfect World” and “Midnight in the Garden of Good and Evil,” and Hancock was also among a trio of scribes credited on “Snow White and the Huntsman.” He’s repped by CAA.