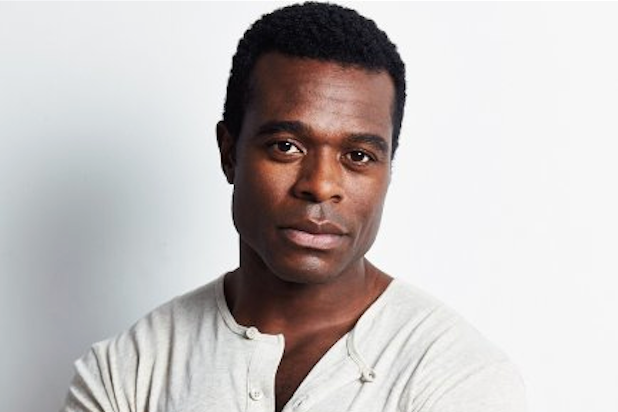 As the “Saw” franchise celebrates its 10th anniversary, star Lyriq Bent has signed on to join Nicolas Cage in the supernatural thriller “Pay the Ghost,” TheWrap has learned.

Uli Edel (“The Baader Meinhof Complex”) is directing the picture for Voltage Films, whose Nicolas Chartier and Craig Flores are producing with Ian Levy of Midnight Kitchen Productions and Patrick Newall. Dennis Berardi of Mr. X is executive producing with Cybill Lui, while Voltage’s Babacar Diene and Dominic Rustam are co-producing.

Dan Kay wrote the script based on a short story of the same name by Tim Lebbon. Kay developed the script with Levy on spec before it was acquired by Voltage.

“Pay the Ghost” stars Cage as an English professor whose young son vanishes from a Halloween parade in New York. Bent will play Detective Reynolds in the film, which co-stars Sarah Wayne Callies (“The Walking Dead”) and is expected to be released next year.

Also read: ‘Saw’ Returns to Theaters on Halloween in Honor of 10th Anniversary

Bent played Lt. Daniel Rigg in “Saw II, III and IV” and he also starred in the hit Canadian show “Rookie Blue.” Born in Jamaica, Bent moved to Canada as a young boy and began taking acting classes shortly after college. They seem to have paid off, as Bent has been plenty busy lately.

Not only does he play the lead character, Chekura Tiano, in the BET/CBC miniseries “Book of Negroes” based on Lawrence Hill’s bestselling novel, but he also has a recurring role on Syfy’s “12 Monkeys” TV series, which debuts soon. He also just wrapped the Lifetime’s Aaliyah biopic, in which he plays the singer’s uncle and music manager Barry Hankerson. He’s currently circling three other projects.