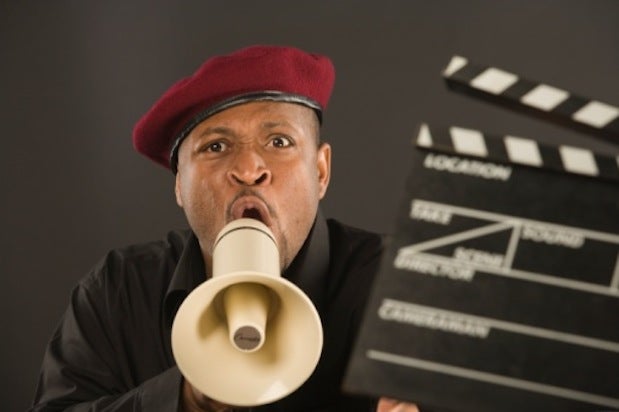 What do you say to an actor after you say, “Cut?”

I thought I might get some insights into how to approach these delicate moments by attending master classes by some of the most respected and renowned acting teachers and coaches in Los Angeles.

True, this is not an environment where you are actually shooting scenes, but if anybody should know how to handle actors at that delicate moment you would think it would be an acting teacher or coach

Yet, here are two responses that I heard frequently (from more than one or two teachers):

But now I’m beginning to wonder: What do these questions do to the actors?

But (and this is a big ‘but’) if the goal of the actor is to disappear and allow the character to emerge fully formed, then why are we (teachers, directors, coaches, etc.) asking the actors to give us an assessment of their work immediately after they finish a scene?

Wouldn’t it be more interesting (and perhaps more to the point and more productive) if the actor were to ask the teacher, “What did you see? What did you experience?”

The ultimate goal of our work (as directors, writers and actors) is to impact the audience. Otherwise there is no sane reason to do all of this work. And an acting workshop is the perfect time and place for an actor to test the effectiveness of his/her work. It would be much more valuable for everyone in the room to hear how the scene impacted the viewers then to hear the actors self-critique.

I know that I am the last person you should ask about the effectiveness of my work. I have to listen to others, to the audience. I need them to tell me how it’s working — for them. I have been proven wrong so many times that I am now finally learning to give up the notion that I can predict anything. Talk to just about any artist, and they will tell you the same thing.

An important side note at this point. I was sharing this article and its content with a colleague of mine. This individual knows me and my work and my teaching better than perhaps than anyone else. So when I told her about my response to these two questions …

Her response was: “But, Mark, that’s what you do. You ask questions like that all the time.”

And I sat there, floored. Not because I felt that she was wrong but because I knew that she was right. Then she gave me a few examples, which only made it clearer how right she was. It’s true, I often ask the actors for their assessment immediately following the scene. In the days since that conversation I have been thinking about this revelation, and I have vowed that I will become much more aware of my “first lines” after a scene has been presented.

One thing I do know. Often I will ask an actor, “How did that feel?” or “How do you feel?” And I intend this question to be for the character, not the actor.

I know this is all part of the process. And the more I dig into the work of others with the goal of discovering tools and techniques that can make me a better director and teacher, the more I learn about myself. Some of it’s not pretty. Some realizations are hard to swallow. Yet I am convinced that each step takes me that much closer to my intended goal.

One more point about these self-analytical questions posed by those teachers: Not only are these questions impeding the actor’s ability to lose him/herself into the character, but they are clearly (to me) a delaying tactic on the teacher’s part.

The teachers, it seems, are not quiet sure what to say to the actors. So they thrust the burden onto the actor, which gives them time to form their thoughts. I know this technique. I’ve done it hundreds of times when I’m directing or teaching. We all do it. But that doesn’t make it valuable or effective.

As I continue my search into the world of acting teachers and coaches I must admit I’m finding this journey to be fascinating, challenging, baffling and most often enlightening. The most enlightening part has been that in every moment, in every class my own preferences, desires and agendas have been tested.

I am seeing my techniques in sharp contrast to others. And, in every moment I learn something.

Mark W. Travis is regarded by many Hollywood and international professionals as one of the world’s leading authorities in the art and craft of film directing. He has served as a creative consultant on several studio and independent feature films including: "A Bronx Tale," "Notorius," "Men of Honor," "Barbershop" and "The Stoning of Soraya M." He is the author of the number-one bestseller (L.A. Times), "The Director's Journey: The Creative Collaboration between Directors, Writers and Actors." His second book, "Directing Feature Films" is currently used as required text in film schools worldwide.  His latest book, "The Film Director's Bag of Tricks"  was published in September 2011.

Mark W. Travis is regarded by many Hollywood and international professionals as one of the world’s leading authorities in the art and craft of film directing. He has served as a creative consultant on several studio and independent feature films including: "A Bronx Tale," "Notorius," "Men of Honor," "Barbershop" and "The Stoning of Soraya M." He is the author of the number-one bestseller (L.A. Times), "The Director's Journey: The Creative Collaboration between Directors, Writers and Actors." His second book, "Directing Feature Films" is currently used as required text in film schools worldwide.  His latest book, "The Film Director's Bag of Tricks"  was published in September 2011.