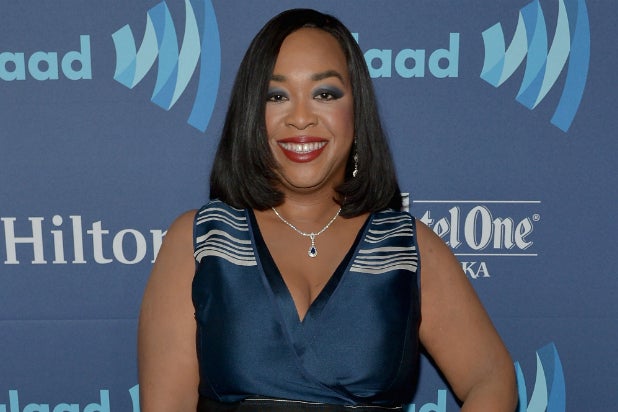 “Scandal” creator and executive producer Shonda Rhimes brushed off any association between the presidential election on the show and the real-life election between Hillary Clinton and Donald Trump.

“I dont really equate the two,” Rhimes said at the Television Critics Association press tour on Tuesday. “That’s not really the goal. The goal was to tell the story we had been telling the entire time.”

Series star Kerry Washington did say, however, that she and the cast sought each other out after Trump won the election.

“We weren’t all together and that was for me a little bit challenging,” Washington said. “Over these years these have become the people I’m closest to in many ways…It was strange to have to find each other in hiatus to check in with each other and process it.”

In the Season 6 premiere of the popular ABC series, fans will finally learn who won the election between Mellie Grant (Bellamy Young) and Francisco Vargas (Ricardo Chavira).

In a recent trailer for the premiere, viewers were told, “In just the first 10 minutes alone, you’re not gonna know what hit you. Trust us — it lives up to the hype.”

“Scandal” will return on Thursday, Jan. 26 in its normal 9 p.m. time slot, when the show’s election results are in. The comaback will be bookended by new episodes of Shondaland partners “Grey’s Anatomy” (at 8 p.m.) and “How to Get Away With Murder” (at 10 p.m.).