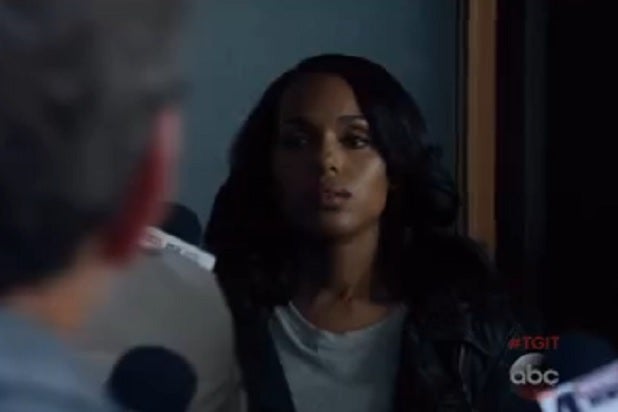 SPOILER ALERT: Stop reading now if you don’t want to know what happened on Thursday’s “Scandal.”

Olivia Pope came clean to the world about her relationship with the president on Thursday’s episode of “Scandal,” and fans went wild on social media.

At episode’s end, as media speculation ran rampant about the relationship between Pope (Kerry Washington) and President Fitzgerald Grant III (Tony Goldwyn), Pope was swarmed by reporters, with one journalist asking, point-blank, “Are you the president’s mistress?”

After a looong, dramatic pause, Pope shot back, simply, “Yes.”

And with one little word, the Twittersphere erupted.

“Liv said what!? Somebody get my pressure pills!” one poster marveled.

Read below for some of the dropped-jaw reactions.

Liv said what!? Somebody get my pressure pills! #Scandal pic.twitter.com/O6Edj9k6T8

Literally everyone after that