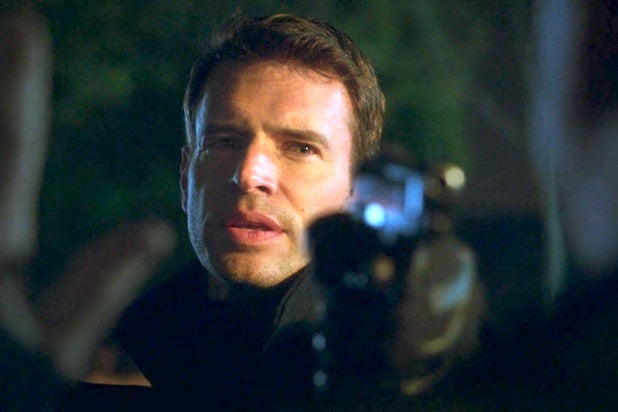 (Spoiler alert: Don’t read this if  don’t want to know what happened on Thursday’s episode of “Scandal.”)

Everyone loves a good “Scandal.”

Not only was the ABC drama the highest-rated network show in primetime Thursday — it was also last night’s most popular show on social media.

James (Emmy winner Dan Bucatinsky) met his demise Thursday when he was shot in the back by Jake (Scott Foley).

“Scandal” pulled in 440,000 tweets by 106,000 unique authors on Thursday. The tweets were seen by 3.4 million unique audience members and made 26.7 million impressions.

Also read: ‘Scandal’ Star Dan Bucatinsky Does a Postmortem on the Show’s Shocker

Those were the best numbers in each demo since the show’s mid-season return in February.  “Scandal” had 8.9 million viewers on Thursday.

“Scandal” is up 33 percent in total viewers and by 39 percent in the key demo compared to this time last year. It has had the network’s biggest gains of any show, according to the network.