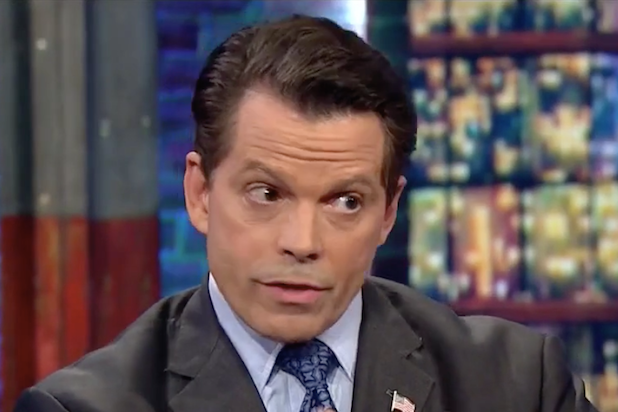 Scaramucci said Priebus was a typical “Washingtonian” — polite to your face, but a backstabber in private.

“That’s what they do to you, they say, ‘golly gee’ to your face and they act like Richie Cunningham to your face. They’re Richie Cunningham and they’re Opie from ‘The Andy Griffith Show,’ but they’re the f–ing Sith Lord behind your back. They’re hitting you with a lightsaber behind your back,” Scaramucci told Vanity Fair’s William Cohan, who also noted that Scaramucci’s nickname for Reince was “Rancid Penis.”

Also Read: Scaramucci Defends Trump's Anthem Performance: 'I'd Like to See You Sing the National Anthem'

The fusillade didn’t stop there, as Scaramucci also unloaded on former White House Chief Strategist and current persona non grata Steve Bannon, calling him a “swamp” creature and — in a literary flourish — compared him to the pigs in George Orwell’s “Animal Farm.”

“Bannon is ultimately railing against the swamp, but he’s actually a c— of the swamp. He’s the creature from the Black Lagoon, Bannon,” he told the magazine. “He acts more swamp-like than any person that’s ever become a Washingtonian. So for all of his railing on the swamp, he is literally the pig in George Orwell’s ‘Animal Farm’ that stands on his two legs the minute he gets power.”

While Scaramucci has always been a colorful figure in New York and Washington, his best material is saved for his former colleagues, Bannon and Priebus.

He famously told Ryan Lizza and the New Yorker that Priebus was a “paranoid schizophrenic” and that Bannon tried to “suck [his] own c—.”

A rep for Scaramucci did not immediately respond to request for comment.