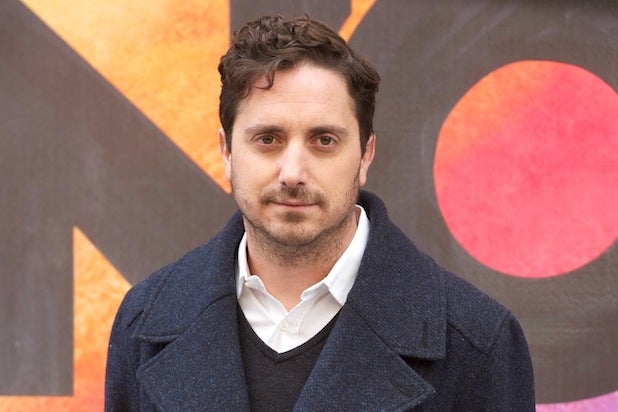 Chilean filmmaker Pablo Larraín (“No”) is in negotiations to direct the new “Scarface” movie for Universal Pictures and Marc Shmuger’s Global Produce, TheWrap has learned.

“Scarface” will reimagine the core immigrant story told in both the 1932 and 1983 films. Universal’s update will be an original story set in modern day Los Angeles that follows a Mexican immigrant’s rise in the criminal underworld as he strives for the American Dream.

Marc Shmuger, who won this year’s PGA Award for Best Documentary (“We Steal Secrets”), is producing the film under his Global Produce banner along with Marty Bregman, who produced the 1983 movie.

The filmmakers plan to cast an authentic Latino who is bilingual and bicultural as the lead character, whose name will be Tony, though his last name won’t be Camonte (1932) or Montana (1983). While Oscar Isaac, Edgar Ramirez and Michael Pena rank among Hollywood’s top Latino stars who are age-appropriate for the role, the producers are also open to casting a complete unknown in the name of authenticity.

Howard Hawks and Richard Rosson co-directed the 1932 “Scarface” starring Paul Muni and produced by Howard Hughes. The original movie, which followed an Italian immigrant’s rise to power in Chicago, is now considered a landmark gangster film. It drew controversy for its violence and sat on a shelf for more than a year as the filmmakers made the edits necessary to secure distribution. Even then, a dozen states refused to show it theatrically.

Also read: Universal Sets Up Yet Another ‘Scarface’

“Scarface” was then remade in 1983 by director Brian De Palma and writer Oliver Stone, who updated the story to follow a Cuban immigrant’s (Al Pacino) epic rise to power in Miami.

The new “Scarface” will be a more mythic origin story that explores where Tony’s physical and emotional wounds come from and how they shaped him as a man.

Larraín won the coveted job with his commanding and passionate vision. An insider told TheWrap that Larraín really connected to the material and, as someone who has never worked within the Hollywood studio system, he brought an outsider perspective that allowed him to relate to the main character and his narrative.

“Harry Potter” filmmaker David Yates had previously been in negotiations to direct but his commitment to “Tarzan” prevented him from signing on.

Universal executives Jon Mone and Jay Polidoro will oversee “Scarface” for the studio.

Larraín is the acclaimed director of “Tony Manero” and the 2012 Gael Garcia Bernal movie “No,” which was nominated for the foreign language Oscar. At Cannes, the film won the Art Cinema Award — the top prize in the festival’s Directors’ Fortnight.

Larraín, who is currently directing an opera in Chile, is repped by CAA and Management 360.