There are two sides to every story. Netflix has taken that literally in their promotion of “Marriage Story,” the latest film from director Noah Baumbach.

On Tuesday, Netflix released two teaser trailers for the film in which stars Scarlett Johansson and Adam Driver each say what they love about their co-star’s character. The trailers are companion pieces, mirroring each side of a relationship before it crumbles. Both trailers are even scored to the same song “I’ve Been Loving You Too Long,” with the Nicole trailer featuring the Otis Redding version, while the Charlie trailer features a version by Cat Power.

In the film written and directed by Baumbach, Johansson and Driver play Nicole and Charlie, a married couple struggling through a coast-to-coast divorce, but the film also reveals an intimate portrait of falling in love and how a family fights to stay together. They admire how good of parents they are to their son, how they push and nurture the other, and even in how competitive they are during a game of Monopoly.

“‘Marriage Story’ is a love story that reveals itself within the breakdown,” Baumbach said in a statement. “With these companion trailers I wanted to show the relationship through the eyes of both characters. There are many sides to every story, and the movie embraces these different viewpoints in order to find the shared truth.”

“Marriage Story” premieres at this year’s Venice Film Festival and is one of Netflix’s big awards plays this year, also screening at TIFF and the New York Film Festival before it becomes available on the streaming platform later this fall. 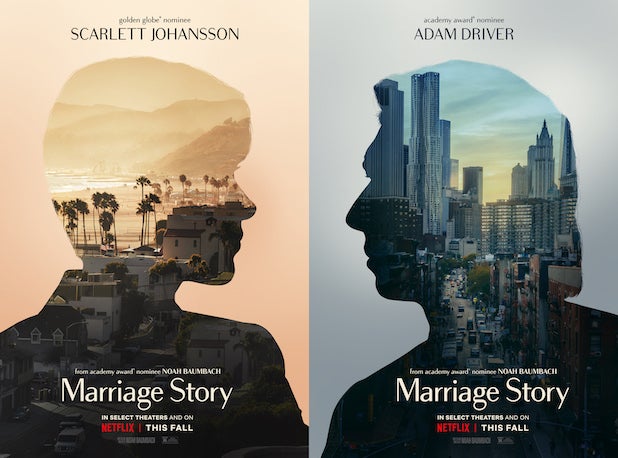 The New Yorker got her big break at only 10 years-old, and is now a butt-kicking, box office superstar in ”Lucy“