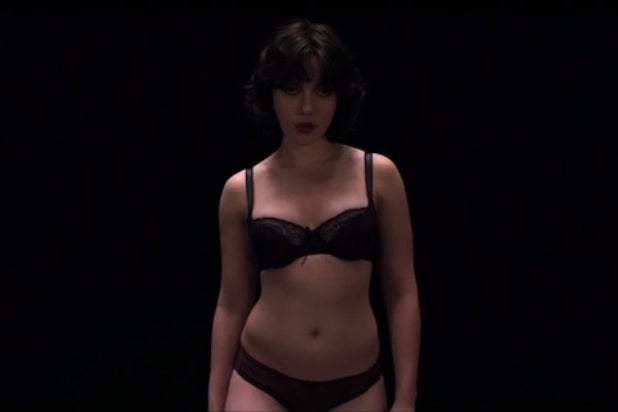 Scarlett Johansson uses her almost-bare body to get what she wants — a decent meal — in the first official trailer distributor A24 has released for Jonathan Glazer‘s upcoming science fiction film, “Under the Skin.”

Johansson plays a ruthless alien living on Earth, where she takes the form of a beautiful woman and uses her voracious sexuality to lure in human prey. The new, stylish preview (above) features a panty-clad Johansson ordering a clueless piece of meat to “come to me.”

Shots of Johansson’s character appearing to actually enjoy the human touch hint that her experiences on Earth may make her think twice about eating everybody she encounters. Her newfound emotional complexity, however, puts her on a collision course with her own kind.

“Under the Skin” hits theaters on April 4.