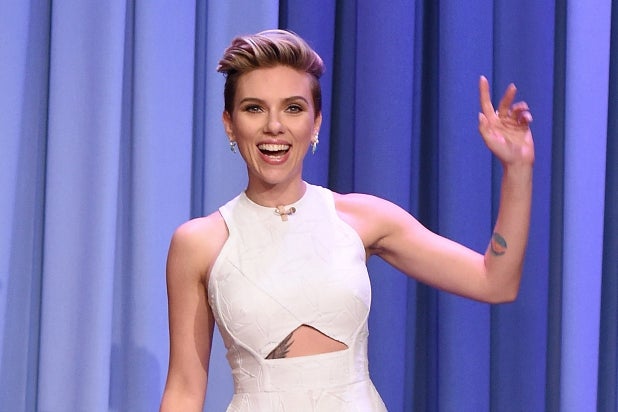 Scarlett Johansson will play a real-life woman who posed as a male massage parlor owner with mafia ties in the upcoming film “Rub & Tug,” representatives for New Regency told TheWrap on Monday.

Johansson, whose past credits include “Lost in Translation” and “Her,” is set to partner with “Ghost in the Shell” director Rupert Sanders on the project, which is based on the real-life story of Dante “Tex” Gill.

Gill gained notoriety in Pittsburgh in the 1970s and ’80s for running a number of mafia-protected massage parlors in the city, where she drew attention for her adoption of male hairstyles and clothing, as well as her relationship to Cynthia Bruno. Gill was eventually convicted of tax evasion in 1984 and spent seven years in prison. She died in 2003.

The role could easily put her front and center during award season. Glenn Close and Barbra Streisand both earned numerous awards nominations for playing women posing as men in “Albert Nobbs” (2011) and “Yentl” (1983), respectively.

Johansson is one of the highest-grossing actress in North America and has won accolades for past projects, including Golden Globe nominations for “Lost in Translation,” “Girl With a Pearl Earring,” “A Love Song for Bobby Long” and “Match Point,” along with a Tony Award for “A View From the Bridge.”

New Regency outbid five other suitors in an auction to win the rights for the project. The script was written by Gary Spinelli, best known for “Stash House” and “American Made.” The film will be produced by Johansson, Spinelli, Joel Silver, Tobey Maguire, Matthew Plouffe and Jonathan Lia.