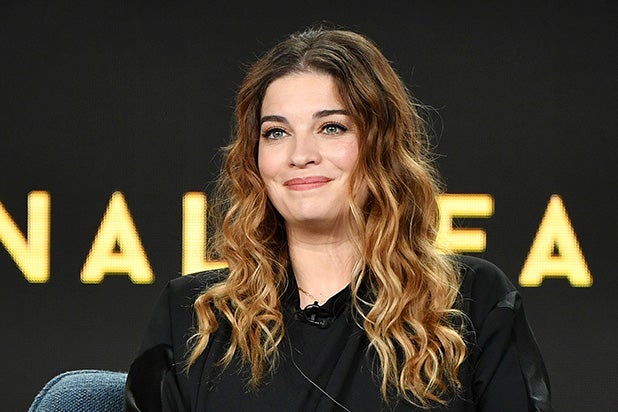 “Schitt’s Creek” star Annie Murphy has been tapped to star in the meta comedy “Kevin Can F*** Himself” at AMC.

A hybrid series that alternates single-camera realism and multi-camera comedy, the series will prove “the secret life of a type of woman we all grew up believing we knew: the sitcom wife.” Murphy will star as a sitcom wife who “escapes her confines and discovers her rage.”

Also Read: Here's What 'Who Wants to Be a Millionaire?' Host Chris Tarrant Said to Michael Sheen After He Played Him in AMC's 'Quiz'

“Annie is an undeniable talent with the ability both to play comedy and to break your heart,” said Sarah Barnett, president AMC Networks Entertainment Group and AMC Studios. “She is the perfect fit for the role of Allison, the perfect actor to bring to life creator Valerie Armstrong’s genius vision. Cracking open the conventions of the classic American sitcom to expose what’s swirling beneath, in this highly inventive and entertaining way, is the kind of story we are hugely excited to tell at AMC.”

Murphy is coming off her six-season run as Alexis Rose on the Pop TV comedy “Schitt’s Creek,” on which she stars on alongside Eugene Levy, Daniel Levy and Catherine O’Hara. She also wrote, produced, and acted in the CBC web series “The Plateaus,” which also featured Elisha Cuthbert, Jay Baruchel, Sam Roberts, and Kevin MacDonald.