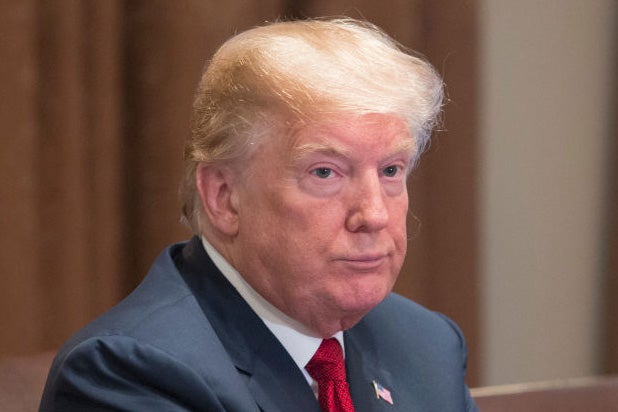 The National Association of School Resource Officers, which represents 5,000 school-safety officers across the country, is pushing back on President Trump’s comments Friday that school teachers should be armed with concealed weapons because security guards don’t “love the children.”

“SROs do the job because they love the children,” NASRO President Don Bridges told TheWrap. “SROs are the people who time and time again put themselves in harm way for the safety of students.”

The organization’s comments came after Trump doubled down on his plan to arm school teachers during a joint White House press conference with Australian Prime Minister Malcolm Turnbull Friday, telling reporters that educators would be better at protecting schools because  “a security guard doesn’t know the children, doesn’t love the children.”

“Frankly, you had a gun and he was outside as a guard and he decided not to go in,” Trump told reporters. “That was not his finest moment, that I can tell you.”

Trump was likely referring to reports that an armed security officer was on campus during the Parkland, Fla., shooting last week, but never went inside the high school or tried to engage the gunman during the attack, according to a Florida sheriff. The officer, who was an employee of the Broward County Sheriff’s Office, has since resigned.

The NASRO said its members are trained police officers, who risk their lives every day to ensure student safety, educate staff on how to respond to a mass shooting, and mentor students.

“It is not our place to pass judgement on our Commender-in-chief,” Bridges said. “However I would welcome the president to come to my school in Baltimore County, Maryland, and see for himself in real time the type of interaction that SROs have with children every day.”

“Once he sees those interactions he will certainly form a different opinion of school resource officers,” he added.

Trump has been under intense scrutiny since a lone gunman opened fire in a school in Parkland, Florida, last week, killing 17 students. On  Wednesday, the president proposed arming teachers with concealed guns, a plan that has been criticized by gun control advocates.