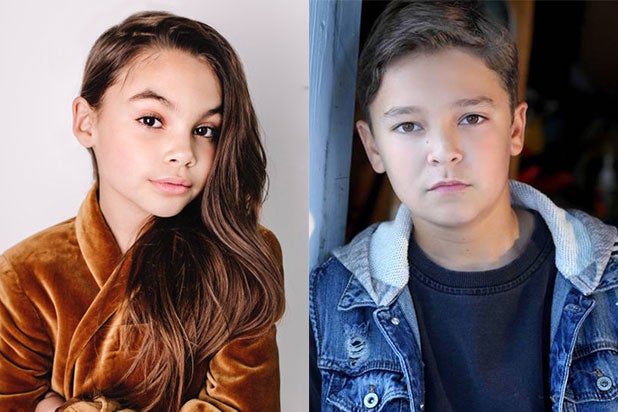 TheWrap has learned exclusively that Ariana Greenblatt will play young Velma, while Pierce Gagnon is set to voice young Fred.

Zac Efron is voicing the adult version of Fred, while Amanda Seyfried will play Daphne. Gina Rodriguez will voice Velma, while Will Forte will play Shaggy and Tracy Morgan will voice Captain Caveman — not part of the Scooby-Doo universe but a Hanna-Barbera character like the Scooby gang. Frank Welker will be voicing Scooby.

In the film, the Mystery Inc. group will team up with other members of the Hanna-Barbera universe to save the world from Dick Dastardly.

The last “Scooby” film to hit theaters was “Scooby-Doo: Monsters Unleashed” in 2004. That film made $84.2 million at the box office. It served as a sequel to 2002’s “Scooby-Doo,” which earned $153.3 million. The originally television series debuted in 1969, and many spin-off series have been produced since due to its success.

Greenblatt’s credits include “A Bad Moms Christmas” and “Stuck in the Middle,” and she also played young Gamora in “Avengers: Infinity War.” She will next be seen in “The One and Only Ivan” and “Monster Problems.” She is represented by Untitled Entertainment, Paradigm and Schreck Rose Dapello Adams Berlin & Dunham.

Gagnon’s credits include “The Boss Baby: Back in Business,” “Twin Peaks,” “Tomorrowland,” “Looper” and “Extant.” He is represented by CESD Talent Agency, Management 360 and Hansen, Jacobson, Teller, et al.