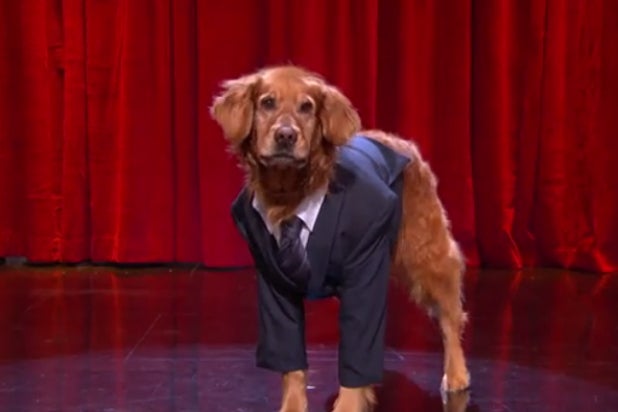 On Monday, Conan O’Brien introduced his loyal audience to the latest late-night talk show coming to cable, “Scooter Tonight.” The fake MSNBC offering is hosted by Scooter, a golden retriever in a suit with a soft spot for dog treats.

Like all late-night hosts, Scooter has recurring segments, such as “Get Away, Mailman,” Wall of Smells” and of course, “Would You Pee on It?” Unlike most, he tends to hump his guests. Bad dog.

Scooter is pretty much a disaster when it comes to the cooking segments, but he’ll tug at your heartstrings when paying tribute to mentor dog Barney LeGrange — a pitbull stand-up comic who somehow lived 60 (human) years.