The Hollywood Foreign Press Association may not be the most credible awards-giving body in town, but the organization made a pretty unassailable choice on Thursday when it named Martin Scorsese the winner of the Cecil B. DeMille Award.

The honor, which will be given to Scorsese at the Golden Globes ceremony on January 17, 2010, comes for the director’s "outstanding contributions to the entertainment field," said a Hollywood Foreign Press Assn. press release. 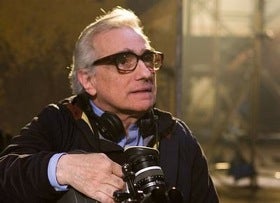 Scorsese is already a two-time Golden Globe winner for directing "The Departed" and "Gangs of New York."  He has five other Globe nominations as well.

Scorsese’s upcoming film "Shutter Island" was once considered a likely Oscar (and Globe) contender in this year’s races, but its release date was moved into early 2010 by Paramount Pictures.