The Scots are very proud of their food — and you would think that a cookbook dedicated to the Starz’s hit series “Outlander,” which is set in the Scottish highlands, would celebrate that.

But instead, “Outlander Kitchen,” written by a Canadian chef and food writer Theresa Carle-Sanders, has become a subject of mockery among Scottish locals because it is packed full of American recipes.

While there are some Scottish dishes — including tattie scones, cock-a-leekie soup and Forfar bridies (meat pastry) — it has plenty of U.S. specialties like sweet potato pie, pulled pork, fish tacos, enchiladas and apple pie.

Carle-Sanders even has a recipe for french fries — which, of course, are called chips in Great Britain — and Mickey Mouse pancakes … that are totally baffling.

According to the Glasgow Evening Times, “Carle-Sanders said that the book’s range of recipes was designed to represent the ‘fluid nature’ of the television show, which travels between Jacobean Scotland and 1945, and claimed that people would not want to eat 18th century Highland cuisine every day.”

But that did not sit well with Scottish critics, who described the book as a “wasted opportunity.”

“I’m all for other cuisines influencing our own foods, but dishes like pulled pork and sweet potato pie are not what Scotland should be known for and proud of.”

Starring Caitriona Balfe and Sam Heughan, and based on novels by author Diana Gabaldon, “Outlander” is shot in various Scottish locations.

Season 3 started filming this week, but Starz has not yet released a premiere date. 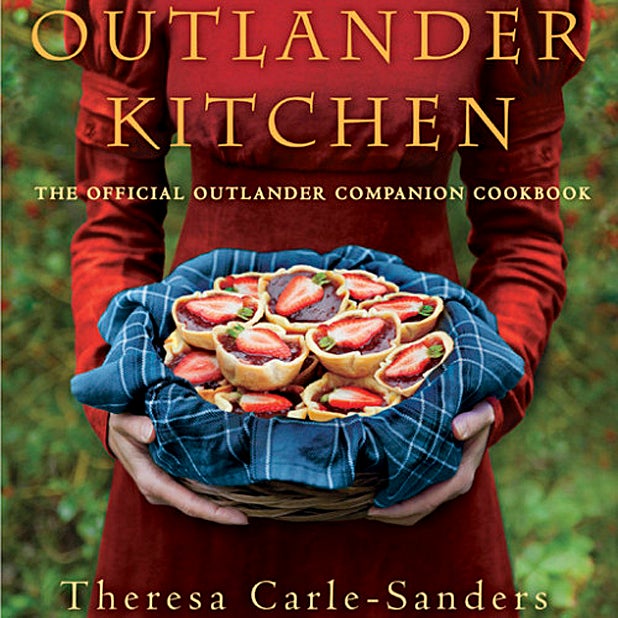