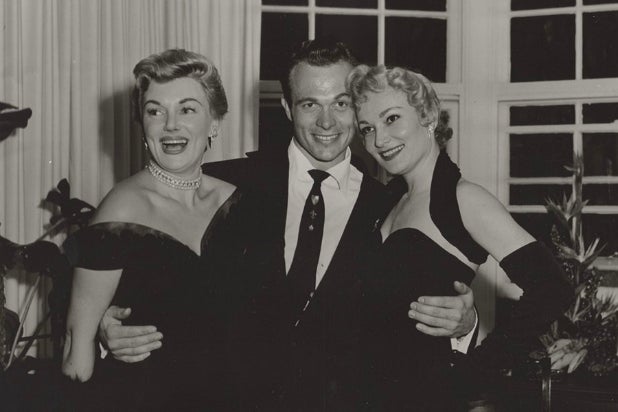 Golden-age Hollywood had a fake-news apparatus that Russia (Soviet or modern-day, take your pick) could envy: homosexuality, infidelity, alcoholism, drug addiction and anything else that might ruffle feathers in Peoria was smoothed out, hidden and swept under the rug. The movie stars of the mid-20th century were presented as such paragons that we’re currently still chipping away at that façade to find the truth.

Unmarried male stars and directors, we now know, weren’t necessarily just bachelors who hadn’t met the right girl. Loretta Young’s “adopted” daughter was actually the child she had with Clark Gable, to whom the famously Catholic Young was not married. But just when we thought we had heard all the dirt on the mid-century film industry, along came Scotty Bowers, subject of the new documentary “Scotty and the Secret History of Hollywood.”

In 2012, Bowers published “Full Service,” a tell-all about his days running a gas station on Hollywood Boulevard in the 1940s, from whence he provided male and female sex workers to satiate the sexual needs of the film biz, from stars to set designers. Whether his clients were hooking up in the station’s bathrooms (or in a convenient on-site trailer), or going back up to their mansions for a “dip in the pool,” Bowers claims to have personally serviced or provided companions for hundreds, many of them marquee names.

Director Matt Tyrnauer (“Valentino: The Last Emperor”) frontloads the film with the sexy stuff: how a handsome young Bowers, fresh out of the army, got picked up by Walter Pidgeon at the gas station one day and soon became Tinseltown’s go-to guy for attractive young playthings. (Bowers doesn’t like the term “pimp,” since he says he never took money from anyone he procured; some of his former cohorts attest to this on camera.)

There are tales of three-ways with Cary Grant and Randolph Scott, and of the sexual appetites of Charles Laughton, Vivien Leigh and Cole Porter. But once we’ve been drawn into the world of the charismatic Bowers, who’s still got a twinkle in his eye — the film begins with his 90th birthday and ends with his 91st — Tyrnauer starts digging past the good-time exterior of this underground legend.

See Photos: 11 LGBT Stars Who Have Come Out Since Last Pride, From Aubrey Plaza to Barry Manilow

We learn that Bowers was at Guadalcanal, spending four months straight in deadly WWII combat. Bowers discusses his sexual abuse — a term he refuses to use — as a child, first from a neighbor and then from a string of Catholic priests after his family moved from the farm to Chicago. There’s the common-law wife he neglected and the daughter he spent little time with, both now dead. And while the film never comes out and says so, our look at Bowers’ various residences and storage spaces leads to the inescapable conclusion that he’s become a hoarder.

“Scotty and the Secret History of Hollywood” will no doubt court controversy in the same way that “Full Service” did, from those who either don’t believe Bowers’ tales or who feel that it’s inappropriate that he’s telling tales about celebrities who are no longer around to defend themselves. (To its credit, the film leaves out some of the more nauseating revelations, like the coprophagic inclinations of one legendary actor-director.)

Your own reactions may vary; I fall somewhere in the middle. Do I think it’s a good thing to pierce the veil of the vaunted Katharine Hepburn-Spencer Tracy romance when she was actually a lesbian? Yes. (And Liz Smith, who should know, turns up to attest to this.) Did I need to know that Cole Porter once hired 15 men to come over to be fellated consecutively? Not really — but it in no way diminishes my admiration for “Down in the Depths on the 90th Floor.”

“Scotty” captures a fascinating era of Hollywood — the public-relations version and the real one, with its morality clauses and scandal sheets — while also examining a key behind-the-scenes figure. (Gore Vidal was a close friend of Bowers, and Hollywood historians like William Mann and Robert Hofler back up the veracity of his stories.) But the movie isn’t just an advertisement for the book; we get an understanding of who Bowers is and where he comes from, and why his current wife says that his desire to make others happy is “compulsive,” to the point where he puts out cat food for the skunks that live behind his house.

Even those who object to Bowers’ revelations may find themselves unexpectedly empathetic to his life story, and that’s thanks to Tyrnauer’s compassion. There’s plenty of gossip to be found here, but there’s also no shortage of humanity.