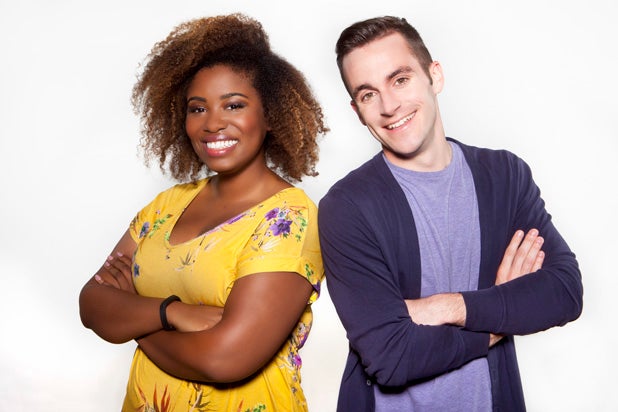 “Genius Kitchen’s” first show, “GK Now,” is a weekly program hosted by YouTube stars Akilah Hughes and Mike Lockyer, who will take a comedic look at food, pop culture and other topics of interest to the platform’s target audience of 21 to 35-year-olds who grew up online.

“Genius Kitchen” will also tap into Scripps’ library of more than 500,000 recipes, allowing fans to get instant recipes delivered to their devices. Senior Vice President of Digital Brand Creative at Scripps Networks, Rich Lacy, will oversee the new outlet’s content development. A small sample of content will be available soon at GeniusKitchen.com, with more coming in October on Apple TV, Amazon, Android, YouTube, Roku and Pluto TV, among others.

“Digital food video is exploding, and younger generations are hungry for new and unique ways to ‘watch what they eat,’ so to speak,” Kathleen Finch, Scripps Networks Interactive’s Chief Programming, Content and Brand Officer, said in a statement. “No other media company is better positioned to introduce this level of investment in premium food content.”

“Genius Kitchen is not like anything else that exists today; it’s a brilliant way to connect the worlds of food entertainment and utility,” Vikki Neil, General Manager of Scripps Lifestyle Studios, said in the statement. “And advertisers will love the innovative branded content opportunities we have in store.”