“Up in the Air,” “Precious” and “Crazy Heart” are among the nominees for the 22nd USC Libraries Scripter Award, which is given annually for the best adaptation of a literary work, as determined by a blue-ribbon committee of writers, film industry figures and members of the USC faculty.

Nick Hornby’s adaptation of memoir "An Education" and Neill Blomkamp’s “District 9” round out the list of nominees.

Scripter Awards go both to the screenwriter and to the author of the original work upon which the screenplay is based.

Past winners of the Scripter include “No Country for Old Men,” “Million Dollar Baby,” “The Hours,” “A Beautiful Mind,” “L.A. Confidential” and last year’s winner, “Slumdog Millionaire.”

The 22nd annual USC Libraries Scripter Award ceremony will be held on Saturday, Feb. 6, at the Edward L. Doheny Memorial Library on the USC campus. 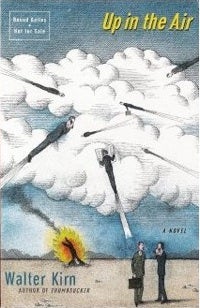