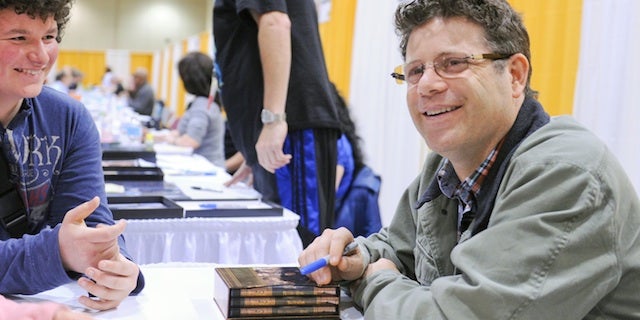 The latest to join FX's pilot, "The Strain," is a blast from entertainment's past.

We are thrilled to have the amazing Sean Astin join the cast of THE STRAIN.

The 42-year-old has been cast in the role of CDC team administrator, Jim Kent, the third member of the Canary Team triumvirate along with Ephraim Goodweather (Corey Stoll) and Nora Martinez (Mia Maestro) who are charged with solving and containing the mysterious strain of vampirism that is sweeping over Manhattan.

Based on their books, del Toro and Chuck Hogan are co-writing the pilot script, with del Toro attached to direct. Cuse ("Lost," "Bates Motel") is executive producing and will oversee the project with del Toro. He will serve as showrunner if the pilot goes to series.