Sean “Diddy” Combs, along with Combs Enterprises and Endeavor, are launching “The Excellence Program,” a virtual education program for aspiring executives from underrepresented backgrounds who want to break into entertainment, sports, fashion and marketing, the two entities announced today.

The announcement “comes on the heels of Combs’ signing with WME across all areas,” the companies said in a statement. Endeavor is the parent company of WME.

The six-week Excellence Program, which will launch on July 12, “aims to be one of the largest virtual developmental programs and resume databases” for the aspiring executives, the companies said in the statement. The program, which will be free to eligible students, will include a wide variety of sessions in categories including touring and performing, professional development, the business of entertainment and story telling. 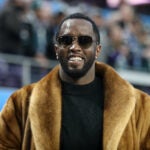 Also Read:
Diddy Says General Motors Has ‘Exploited’ Black Culture: ‘If You Love Us, Pay Us’

After the program is completed, top participants will be considered for internships in these companies and entered into what the program calls a master database “resume book” to be shared with companies with the goal of diversifying the hiring pipeline into competitive industry fields. Combs Industries and Endeavor have committed to hiring interns and entry-level employees from the program.

Said Combs in the statement, “Beginning my career as an intern changed my life, so it’s been a lifelong dream to give the next generation of entrepreneurs and executives access to the best in entertainment, marketing, music and fashion. Partnering with Endeavor creates a pipeline to opportunities that allow future leaders to not only succeed, but thrive in these highly competitive industries.” 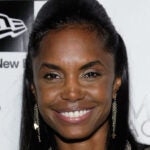 Endeavor’s Emanuel said in the statement that he hopes the program will serve “as a catalyst to break down barries and create content that better reflects the communities we serve. We are proud to partner with Sean in bringing this program to life.”