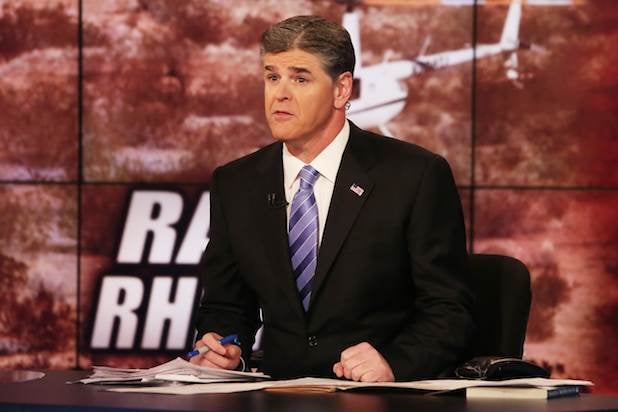 Sean Hannity apologized for being duped by a fake news story that he read on his radio show Tuesday, when he claimed Michelle Obama had wiped her Twitter account of mentions of Hillary Clinton.

A caller told the conservative radio host and Fox News star that President Obama and Elizabeth Warren followed in the First Lady’s footsteps by also removing mentions of Clinton from their Twitter accounts. The story was false and Hannity took to Twitter to explain the situation, chalking it up as “live radio.”

Correction. Live on radio I read a gateway pundit report that @MichelleObama had deleted mentions of HRC. And a listener said BHO and…

Elizabeth Warren did same. Fact is they didn't. I humbly apologize. Live radio

When Hannity learned of the fake news, he seemed to think Democratic leaders were distancing themselves from Clinton because of the latest email scandal and ongoing FBI investigation.

“Wow,” Hannity said. “That means they know it’s huge. You know why? Because Obama’s implicated! He’s implicated here, and he’s pissed. You know what his legacy might be? Jail.”

Some listeners were also duped by the fake story and the message started to spread across social media. Meanwhile, President Obama’s Twitter feed is loaded with pro-Clinton messages. Hannity is one of Donald Trump’s biggest allies and openly supports the GOP nominee.

Hannity emailed CNN an explanation after media reporter Brian Stelter called out the error, but managed to slip in a dig at his rival network.

“I received an e-mail LIVE ON THE AIR that linked a Gateway Pundit article. I questioned the accuracy of it on the air. I asked my producer on the air if it was true. She said it was. I also received a listener IM saying that they saw the same. Then THE listener mentioned that there was a report about the other 2,” Hannity wrote. “Bottom line it was brought up in an insignificant way, I was dealing with more important issues like HRC crimes and lies and how CNN has been colluding with the Clinton campaign and CHEATING Bernie Sanders.”