Sean Hannity wants you to know that you can’t tell him what to do! Not even Joe Biden. Not even if it involves something like “breathing toxins into your lungs.”

During Hannity’s Fox News show on Wednesday, Hannity was, per usual, mad about something Joe Biden’s administration might do. In this case, the Wall Street Journal report that the FDA might ban sales of all e-cigarette products sold by the company Juul.

Now, Hannity could have read the article itself to see that if WSJ’s report is accurate, Biden’s FDA isn’t actually planning to ban e-cigarettes — just products by the company Juul. Other makers of e-cigarette products wouldn’t be affected. But instead, Hannity said this: 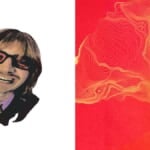 “They ban it, and I’ll do it live on TV and they can come and arrest me. How’s that?” Hannity told his guest, Fox News’ Trace Gallagher, who was on to explain the matter. You can watch that below:

Hannity chuckled and so did Gallagher, and we assume the comment is a joke. Though who knows, if the FDA actually bans Juul, we’ll have to check in. Of course, shortly after this, Hannity used this information to make another — false — point: “While the Biden FDA wants people to stop vaping, many Democratic-run cities and states, they have no problem decriminalizing even hard drugs, even as overdose deaths are spiking.”

Of course, the rise in overdose deaths don’t actually have anything to do with “decriminalizing even hard drugs,” which has only happened in Oregon, and because it’s what voters clearly wanted, and isn’t actually linked to a rise in deaths. In fact, it appears to have saved lives, though the policy only went into effect late last year and much study still needs to be done.