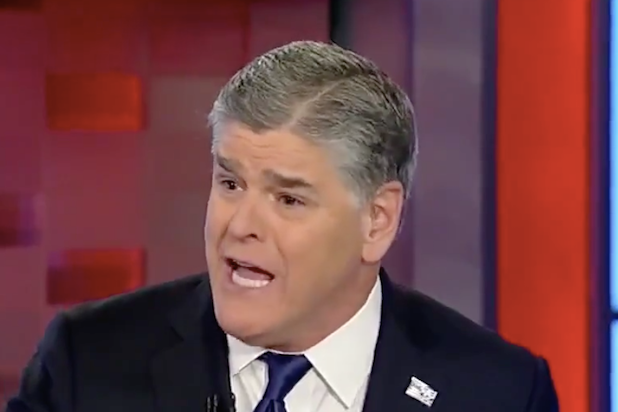 The news that Trump attorney Michael Cohen secretly worked for Sean Hannity has many, many people on Twitter making the same joke: Now might be a convenient time for Hannity to go on “vacation.”

Fox News hosts have a habit of taking vacations just as damaging stories begin to swirl around them, leading some critics to say it’s part of a Fox News playbook: Jesse Watters, Bill O’Reilly, Laura Ingraham and even Hannity have taken breaks amid past advertiser boycotts.

Ingraham was the latest to take what she said was a pre-planned vacation, after advertisers bailed because she accused Parkland shooting survivor David Hogg of “whining” that he didn’t get into several universities. (She apologized and returned to her show last week.)

Hannity critics on Twitter noted that he has covered Cohen on his show before without disclosing any ties to Cohen. Hannity said in a statement to TheWrap on Monday: “Michael Cohen has never represented me in any matter. I never retained him, received an invoice, or paid legal fees. I have occasionally had brief discussions with him about legal questions about which I wanted his input and perspective.”

That didn’t stop the jokes. Or rather, variations on the same joke.

“Does anybody know if Sean Hannity has any long-planned vacations coming up?” tweeted actor-comedian Michael Ian Black.

“If Sean Hannity announces he’s going on vacation until the Cohen investigation is complete, does that mean Jimmy Kimmel owes him a jet ski?” comedian-actor Matt Oswalt tweeted, in reference to Kimmel’s Oscars gag.

Fox News did not immediately respond to a request for comment on all the tweets.

Below are a few of the variations on the Hannity vacation joke. Who told it best?

Does anybody know if Sean Hannity has any long-planned vacations coming up?

at this point my only question is if Sean Hannity announces he's going on vacation until the Cohen investigation is complete does that mean Jimmy Kimmel owes him a jet ski?

Is Hannity on a pre-planned Easter vacation this week?

I wonder when Hannity's long-planned vacation is going to start

So, when does @FoxNews announce that Hannity is taking a break and vacation and sabbatical for a length of "from now on" https://t.co/mJjkV4YCnp

Silver Lining for Hannity. When Sean takes his "previously planned vacation" he can probably get the Laura Ingraham friends & family rate.

When does @seanhannity's vacation start?

Prediction: FoxNews issues a statement saying Hannity is an entertainer not a journo. Conflicts aren't that bad; he takes planned vacation for two weeks. https://t.co/Ox4qkMnCMG