Misdeamor charges of battery and vandalism were filed against Oscar-winning actor Sean Penn on Friday morning.

The charges stem from an October confrontation the Oscar-winning had with a a photographer outside Brentwood Country Mart, during which he allegedly kicked the man and broke his camera.

If convicted of both charges, the actor faces a year and a half in jail, city attorney public information officer Frank Matlejan confirmed to TheWrap. 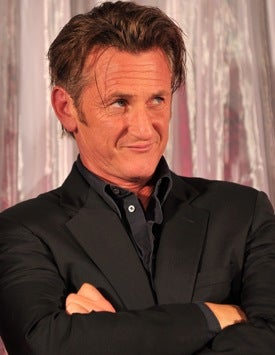 The charges were filed at LAX courthouse in West Los Angeles.

Penn has already served jail time for tempestuous behavior. In 1987 he was convicted of hitting an extra on the set of the film "Colors" and driving recklessly. He was sentenced to 60 days in jail, of which he served 33.

This latest incident was filmed and later posted to TMZ.  In the video (below), Penn can be seen angrily walking towards photographer Jordan Dawes and then trying to kick him several times while screaming at him to get away, followed by a few choice expletives.

Penn is scheduled to be arraigned on March 22, Matlejan said. A deputy city attorney will be handling the case, but one has not been assigned as of yet.

Penn’s lawyer Barry Hirsch and his publicist Mara Buxbaum have so far declined to comment.

Over the years — particularly during his tempestuous marriage to Madonna in the 1980s — Penn has had several public and violent scuffles with the paparazzi and fans.