Sean Penn met secretly with Joaquín Guzmán Loera, known as El Chapo, for an extraordinary interview while the Mexican drug lord was a fugitive.

The actor interviewed the Mexican drug lord for Rolling Stone for seven hours, according to the article, which was published on Saturday. In the account, El Chapo reveals the full details of his drug operation, as well as his escape from prison last summer.

The Associated Press reported from Mexico that the interview with Penn ultimately led police to recapture El Chapo, who was taken into custody Friday in Los Mochis, Sinaloa after six months on the run. 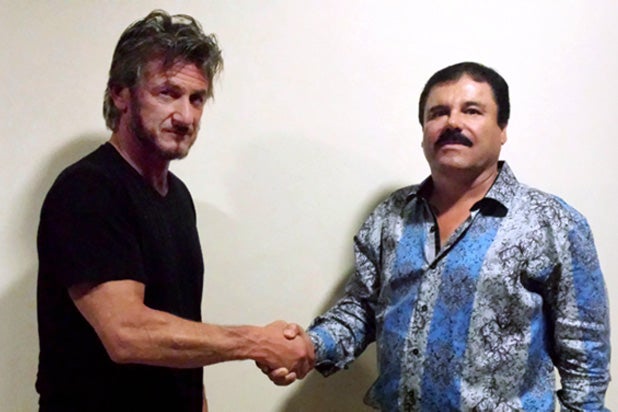 The seven-hour in-person and follow-up interviews by phone and video started in October, according to the article. At the time, El Chapo was one of the most-wanted fugitives in the world. Penn wrote that the interview took place in a jungle clearing.

Billed as the drug lord’s first on-record interview, he admitted to running a global drug network.

“I supply more heroin, methamphetamine, cocaine and marijuana than anybody else in the world,” El Chapo told Penn in the interview. “I have a fleet of submarines, airplanes, trucks and boats.”

Penn wrote, “I am reminded of press accounts alleging a hundred-million-dollar bounty the man across from me is said to have put on Donald Trump’s life. I mention Trump. El Chapo smiles, ironically saying, ‘Ah! Mi amigo!'”

El Chapo was arrested Friday morning following a shootout with Mexican marines in Los Mochis, Sinaloa. Guzman was then transported from Los Mochis, the seaside town in his native Sinaloa state.

He was returned to the same maximum-security prison from which he escaped six months ago.

The New York Times reported Saturday that the Mexican government is considering extraditing El Chapo to the Unite States.