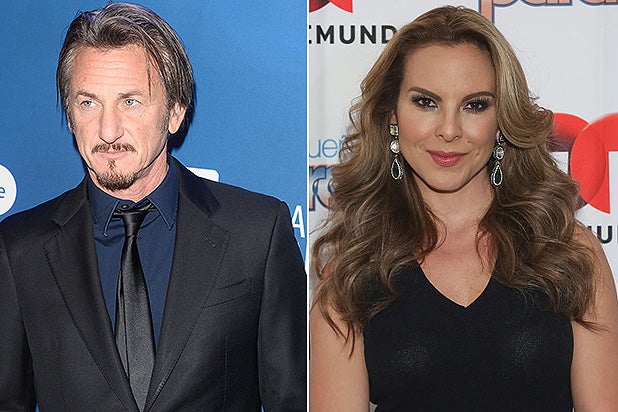 Penn secretly met with El Chapo for a Rolling Stone interview for seven hours, and del Castillo brokered the meeting.

In the interview, El Chapo revealed the details of his drug operation, as well as his escape from prison last summer.

Penn said he used disposable TracPhones or “burners” to communicate with El Chapo’s team. “One per contact, one per day, destroy, burn, buy.”

The actor also said that after flying to Mexico he, del Castillo and their associates drove for hours to reach El Chapo’s hideout.

“We embark into the dense, mountainous jungle in a two-truck convoy, crossing through river after river for seven long hours,” he wrote.

“As the elevation begins to climb, road signage announces approaching townships. And then, as it seems we are at the entrance of Oz, the highest peak visibly within reach, we arrive at a military checkpoint.”

He went on to allege that Mexican officials were complicit in hiding El Chapo. In Penn’s words, authorities let the convoy through after they recognized one of the drivers, El Chapo’s 29-year-old son, Alfredo Guzmán.

“Two uniformed government soldiers, weapons at the ready, approach our vehicle. Alfredo lowers his passenger window; the soldiers back away, looking embarrassed, and wave us through. Wow. So it is, the power of a Guzman face. And the corruption of an institution.”

Also Read: Dog The Bounty Hunter Says He Won't Be Sniffing Around El Chapo: He's 'Out of My League'

The Associated Press reported from Mexico that the interview with Penn ultimately led federal authorities to recapture El Chapo, who was taken into custody Friday in Los Mochis, Sinaloa, after six months on the run.