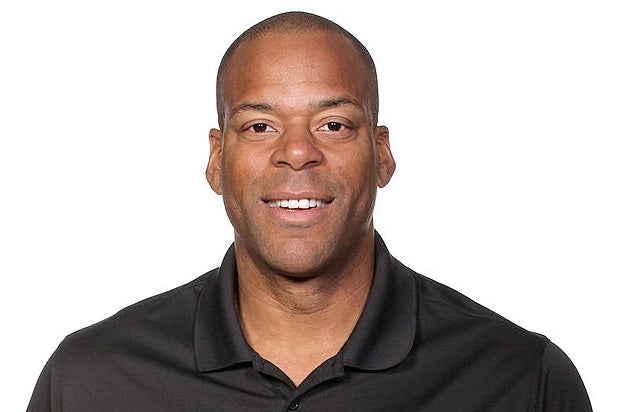 “It is with deep sadness and overwhelming grief that we mourn the sudden loss of my son, Sean,” his mother, Deborah Brown, said in a statement released by the 76ers. “Our family asks that our privacy be respected as we grieve during this incredibly difficult time.”

Rooks collapsed and died while having dinner at a Philadelphia restaurant, sources told The Undefeated’s Marc Spears. He is said to have interviewed earlier in the day in New York for a Knicks assistant coaching position, according to ESPN.

“Sean will long be remembered not for his accomplishments on the court — of which there were many — but for his vibrant personality, positive outlook and the genuine care he had for everyone in his life,” Rooks’ former team, the 76ers, said in a Twitter tribute Tuesday afternoon.

Born in New York City, Rooks attended Fontana High School in California, going on to play college basketball at the University of Arizona. He was drafted by the Dallas Mavericks in 1992 and played in the NBA for 14 years before retiring in 2004.

He then got into coaching in 2007 and had been with the 76ers organization since 2014, prior to his release a couple of weeks ago, ESPN reported.

Rooks played 749 career games and scored 4,676 points. He averaged 16.3 points and 6.9 rebounds per game as a senior at Arizona in 1992, and was part of a graduating class that won 106 games under Lute Olson in Tucson.

Members of the NBA community quickly took to social media to mourn the former 6-foot-10 center’s death as the news broke.

“RIP Sean Rooks. You made plane rides my first year fun. Can’t believe we talked just a few weeks ago. You will be missed Wookie,” Mavericks owner Mark Cuban wrote.

“Sean Rooks was a sweet classy nice dude.i saw him play pick up ball with complete strangers on the beach & they had the time of there life,” actor and NBA fan Michael Rapaport recalled.

See the 76ers statement and the Twitter tributes below.

The following is a statement from co-Managing Owners Josh Harris and David Blitzer on the passing of Sean Rooks: pic.twitter.com/VvQjghHbKG

RIP Sean Rooks. You made plane rides my first year fun. Can't believe we talked just a few weeks ago. You will be missed Wookie

Sean Rooks was a sweet classy nice dude.i saw him play pick up ball with complete strangers on the beach & they had the time of there life

My heart goes out to the family of Sean Rooks. Today the entire NBA family mourns the loss of a great man… #RIP Big Fella!!

Rip Sean Rooks.. What is going on?? Please cherish every day!