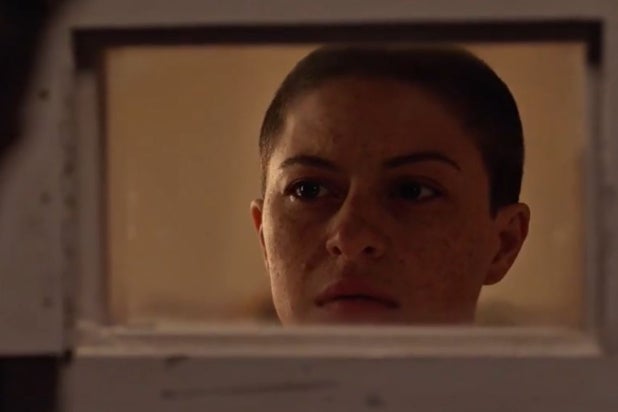 The Alia Shawkat-led dark comedy “Search Party” gets even darker in its fourth season, which debuted its first three episodes Jan. 14 on HBO Max.

In its first season produced exclusively for a streaming service, “Search Party” is still inventing new twists, beginning with the kidnapping of its lead character, Dory Sief (Shawkat) by an obsessed fan Chip (Cole Escola) moments after she gets acquitted for a murder that she actually did help commit.

“Search Party” season three ended with a scene of Dory being kidnapped. Co-creator and director Charles Rogers told Decider, “this season is definitely our darkest season yet.”

Also Read: 'Sex and the City' Revival: Where Did We Leave Carrie, Miranda and Charlotte?

Rogers said the writers, including co-creator Sarah-Violet Bliss, tried to balance the show’s increasingly creepy mood with comedy. “In writing it we set out to also make it our funniest season, in that the comedy was just as pronounced as some of the darker moments,” Rogers said.

One comedic moment in the first episode of season four comes when Dory’s co-conspirators and friends — Elliot Goss (John Early) and Portia Davenport (Meredith Hangar) hatch a plan to throw her a surprise “not guilty party” after the verdict. Dory fails to show up because she’s kidnapped, and a crowd of people ends up stuck in the New York City winter waiting to get into her apartment.

This leads Elliot and Portia to call Drew Gardner (John Reynolds), who’s having his own “not guilty” celebration across town complete with a cake topped with a huge gavel. Drew unlocks the apartment for the party-goers since he still has the keys to Dory’s loft, and they find a note “from Dory” explaining she’s decided to go to Europe.

Also Read: Is There a New 'Last Week Tonight With John Oliver' Airing This Week?

Surprisingly, no one questions that the note doesn’t appear to be in Dory’s handwriting, or that she used weird slang like “the gang” (Elliot picks up on it, but doesn’t really consider it). Enraged, Drew, Elliot and Portia leave Dory a handful of increasingly angry voicemails.

What they don’t know is that Dory is out of town, but not vacationing — and she’s unlikely to answer her phone, as she’s become the real missing person, stuck in a location Chip’s retrofitted to be both a maximum security prison and a perfect felt replica of her apartment.

Also Read: Is There a New Episode of Bill Maher's 'Real Time' Airing This Week?

Chip says the prison is in the basement of his aunt’s old house, and also reveals he has to dress as the 70 year-old Aunt Lylah when he goes out to avoid suspicion, which strongly implies he’s murdered her and no one knows… yet.

Over three episodes, three months pass and we see Dory’s sanity slipping while she plots escape attempts and all her former friends are seemingly back to normal life: Drew is ironically employed at Merry Merry Land theme park, Elliot is selling his soul for a parody of FOX News and Portia gets a role playing Dory in a film about their trial. They’re moving on unawares while Dory remains kidnapped, leaving us to wonder how long Dory actually stay a missing person.

“Search Party” is coming to HBO Max in installments. The first three episodes are available now, and another three episodes will be released Jan. 21 at midnight PT/ 3 a.m. ET, followed by the final four on Jan. 28.