In a competitive situation, Searchlight Pictures has acquired script rights to “The Defender,” the company announced on Wednesday. Three-time Emmy Award Winner Sterling K. Brown (“Black Panther,” “This Is Us”) is attached to star in the lead role as heroic lawyer Scipio Africanus Jones.

George Tillman Jr. (“The Hate U Give”) is set to direct. The script was written by E. Nicholas Mariani, and was part of the 2018 Black List.

“The Defender” is centered on the true but little known story of Scipio Africanus Jones, the courageous attorney who, in the wake of the Elaine, Arkansas Massacre of 1919, risked his life and career to defend 87 men wrongfully accused of murder. 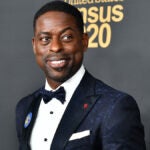 Ben Wilkinson, VP Business Affairs and Legal Counsel, negotiated the deal for Searchlight Pictures along with WME and CAA on behalf of filmmakers.

Brown recently wrapped production on the indie film “Honk for Jesus, Save your Soul,” which he is also producing, and the sci-fi film “Biosphere.”

Tillman Jr. most recently produced and directed “The Hate U Give” for Fox 2000 Pictures, based on the novel by Angela Thomas.

Mariani, who was recently elected to the WGA board of directors, is currently writing the script to “War Magician,” based on the book by David Fisher. Colin Trevorrow will direct the Studiocanal WWII drama, with Benedict Cumberbatch set to star.