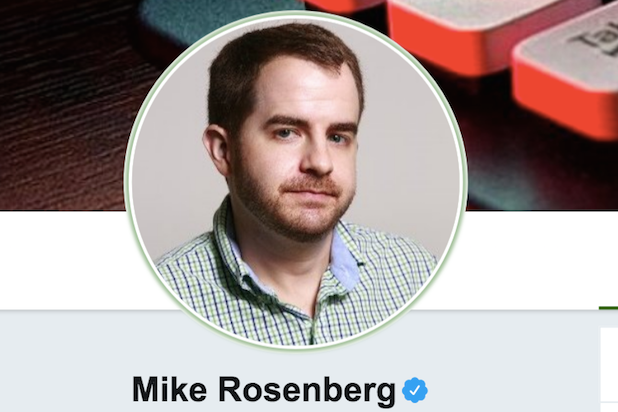 The Seattle Times has suspended journalist Mike Rosenberg after he was accused by a female freelance reporter of sending her inappropriate text messages.

“The Seattle Times has been made aware of allegations of sexual harassment earlier today against a newsroom employee. We take these kinds of allegations very seriously and have suspended the employee pending an investigation by our human resources group,” Seattle Times president and CFO Alan Fisco said in a statement late Sunday.

Rosenberg did not immediately respond to request for comment from TheWrap on Sunday and both his Twitter and LinkedIn accounts had been disabled by Monday morning.

Freelance journalist Talia Jane on Sunday posted a lengthy thread detailing a series of text messages she had with someone she initially just called an “established married journalist” before identifying him as Rosenberg. Jane posted screenshots of the exchange from her phone.

Also Read: Mika Brzezinski Defends 'Flirtatious' Joe Biden From #MeToo Allegation: 'Are We Really Going to Do This?'

After a brief back and forth about the possibility of applying for a job with the Seattle Times, the exchange between Jane and Rosenberg took a much more sexual turn.

“Anyway you are hilarious,” he followed up again at 3:13 p.m which also elicited no response.

Also Read: How to Advocate for Equal Pay: 'Stand in Your Success' (All Things Video Podcast)

But in his immediate response to Jane, Rosenberg suggested the sexual stuff had been intended for someone else.

“Holy s—, you’re entirely right, that wasn’t intended for you, I am incredibly sorry,” he wrote back. “If I were you I would kill me.”

Jane, however, didn’t buy it.

“That’s an inadequate excuse given the time stamps make it clear you could have noticed the error for 45 full minutes and instead kept going,” she responded. “Show your wife what you said and permanently delete your Twitter account and any other social media you use so you can’t engage in predatory behavior from behind the safety of a screen. And figure out how to handle your s– like an adult without putting the onus on someone else to tell you how to act.”

Jane declined to offer any additional comment — but reported Rosenberg to his editors before finally revealing his identity on Twitter.

Rosenberg, who covered real estate and housing for the paper, has a long history in local news and in the past had done reporting stints at The San Francisco Examiner and San Jose Mercury News.

You can read the full allegation from Talia Jane here