Sebastian Maniscalco’s Discovery+ food series “Well Done With Sebastian Maniscalco” has been renewed for a second season four days after its first season launched on the Discovery, Inc.-owned platform. The streaming service announced the news Monday during a panel for the show at the Television Critics Association’s virtual press tour.

Per Discovery+, here’s the description for the six-episode second season of “Well Done With Sebastian Maniscalco,” which will debut on Tuesday, Nov. 16: Showcasing Maniscalco’s signature social observations and witty commentary, the returning series, which offers a deep dive into the food world, also will feature appearances from his family and friends. In the new season, Sebastian will revisit his former life as a bartender to create a signature cocktail for Whitney Cummings, dig into the question of why kids are picky eaters with Nick and Vanessa Lachey, discover how noodles are used in cuisines around the world with Bobby Lee and explore the food habits of dogs with Cesar Milan. 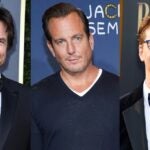 “This has been a long time coming and I finally found a way to mix my two passions for humor and the culinary arts in a way that translates to anyone who is passionate about food and serious about comedy,” Maniscalco said in a statement.

Courtney White, president of Food Network and Cooking Channel, added: “’Well Done With Sebastian Maniscalco’ is a perfect example of the ongoing success we’ve had in making content with A-list talent who have a genuine passion for food. In these next episodes, Sebastian finds inspiration in relatable questions about kids’ menus, high end dog food and the proper way to shake a cocktail that sets him on hilarious half-hour journeys.”

Maniscalco recently hit the road after a year off for more shows of his Nobody Does This Tour. The comedian is also known for his “Stay Hungry” special, hosting the 2019 MTV Video Music Awards and appearing in “The Irishman” and “Green Book.”

“Well Done With Sebastian Maniscalco” is produced by What’s Wrong with People? Inc. and Triage Entertainment for Discovery+.