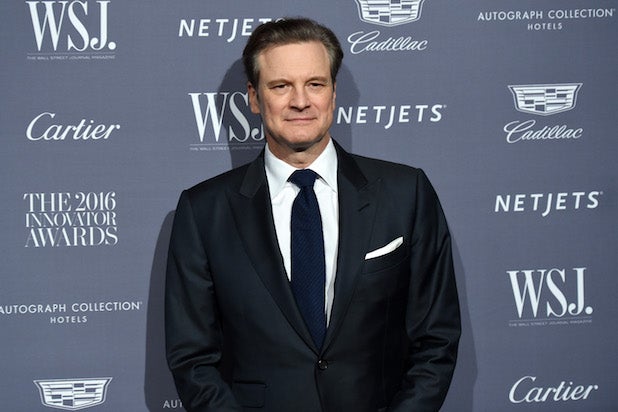 The film is directed by Marc Munden from a script written by Jack Thorne.

“‘The Secret Garden’ is one of the world’s most beloved stories of all time celebrating friendship, nature and the limitless power of childhood imagination,” Friedman said. “We are proud to work with StudioCanal in bringing Marc’s version, starring an incredible cast led by Colin and Julie, to North American audiences and continue the legacy of the touching message that has prevailed for over a century.”

The movie is based on Frances Hodgson Burnett’s 1911 novel of the same name, which centers around 10-year-old orphan Mary Lennox, who feels lonely when she’s sent from India to live with her reclusive uncle Archibald (Firth) and his strict housekeeper Mrs. Medlock (Walters) in a mysterious Yorkshire manor. Her curiosity leads her to disobey the adults and explore the forbidding house. While roaming the grounds she discovers an enchanted garden that has been hidden for years and reflects her limitless imagination. With local boy Dickon, her sick cousin Colin and a playful stray dog, she unlocks secrets from the past, revealing a new life of hope and friendship.

“The Secret Garden” is financed by StudioCanal, and hails from Heyday Film’s David Heyman and Rosie Alison, with StudioCanal’s Didier Lupfer, Danny Perkins, and Dan MacRae executive producing. The acquisition was negotiated by John Zois, Global Road Entertainment’s Head of Worldwide Acquisitions & Co-Productions and StudioCanal. StudioCanal will handle international sales for the film. Principal photography on “The Secret Garden” began April 30 in the U.K.

“We are delighted to find a partner in Global Road and to work with Rob and his incredible team to bring Marc Munden’s fantastical reimagining of ‘The Secret Garden’ to North American audiences,” Anna Marsh EVP International Distribution for StudioCanal. “They quickly understood and shared our passion for and commitment to this incredibly special film.”

“We encourage all the women and men in the world who are standing for change,” Blanchett said in a speech with director Agnes Varda

The women at the Cannes Film Festival made their voices heard at an extraordinary protest on the red carpet on Saturday evening, with Cate Blanchett, Kristen Stewart, Jane Fonda and Ava DuVernay among a group of 82 women standing in silent vigil ahead of a premiere at the Croisette. Blanchett and French director Agnes Varda gave impassioned speeches in English and French, respectively. "As women, we all face our own unique challenges, but we stand together on these stairs today as a symbol of our determination and commitment to progress,"Â read Blanchett and Varda's statement. "We will expect our institutions to actively provide parity and transparency in their executive bodies and safe environments in which to work. We will expect our governments to make sure that the laws of equal pay for equal work are upheld. We will demand that our workplaces are diverse and equitable so that they can best reflect the world in which we actually live. A world that allows all of us behind and in front of the camera to thrive shoulder to shoulder with our male colleagues." Moment historique de ce 71e @Festival_Cannes la "MontÃ©e des Femmes". 82 Femmes du cinÃ©ma rÃ©unies sur les marches #Cannes2018 #FÃ©minisme pic.twitter.com/aTO6sjekp2 - Citizen Cannes TV (@CITIZENCANNES) May 12, 2018 "We acknowledge all of the women and men who are standing for change. The stairs of our industry MUST be accessible to all. Let's climb." Varda is one of only two women in Cannes Film Festival's history to receive the Palme d'Or -- the highest prize awarded -- along with New Zealand filmmaker Jane Champion. The group stood on the steps of the Palais des Festival silently to protest how hard it still is to climb the ladder as a woman in Hollywood. The protests, part of the rising 5050x2020 movement was planned ahead of the premiere of "Girls of the Sun," a film in competition by director Eva Husson, one of only three female filmmakers in the running.

That is an improvement over Cannes' historical record. Only 82 films in official selection in the history of the Cannes Film Festival have been directed by women. The number of women participating in the protest was selected to match this figure. Others involved in the vigil are Salma Hayek, Marion Cotillard, director Patty Jenkins and Haifaa al-Mansour, and agents including CAA's Hylda Queally and activist-journalist Melissa Silverstein. DuVernay and Stewart are on the jury. Fonda is at the festival for the screening of a documentary about her life. Silverstein told TheWrap that the protest originated with the French group Le Deuxieme Regard and the 5050x2020 collective, working directly with the festival. "They get all the credit," said Silverstein. "I am honored to work with them to amplify the message about the need for more women in the competition at the festival.Â This feels like a very big moment." On the 5050x2020 website, the organization released a statement echoing many of those given by women involved in the #MeToo and Time's Up movements in Hollywood, noting how the downfall of producer Harvey Weinstein has triggered a demand for change and calling for the French film industry to confront that demand.

"While French cinema wasn't shaken by the Weinstein shock wave, it is essential that we move to take concrete action reaching beyond the issue of sexual abuse alone," the site's statement reads. "We believe that the distribution of power needs to be questioned. We believe that equality restores the balance of power. We believe that diversity deeply changes representations. We believe that the opportunity to work in an egalitarian and inclusive environment must be seized because we are certain that the equal sharing of power will promote profound creative renewal." As TheWrap reported recently, the statistics for women in Cannes are pretty dismal: Over the first 71 years, a paltry 4.3 percent of the competition films have been directed by women. (See chart below.) Only one, Jane Campion's "The Piano," has won the Palme d'Or, though actresses Adele Exarchopoulos and Lea Seydoux were given honorary Palmes alongside "Blue Is the Warmest Color" director Abdellatif Kechiche's real one in 2013. Admittedly, things are getting better. Of the 11 times that three or more women have placed films in competition, eight have come in the last 13 years. Three women made the cut in 2006, 2007, 2009, 2015, 2016, 2017 and 2018 -- and four did so in 2011.

This year along with Husson, the women in competition include Nadine Labaki with "Capharnaum" and Alice Rohrwacher with "Happy as Lazzaro."