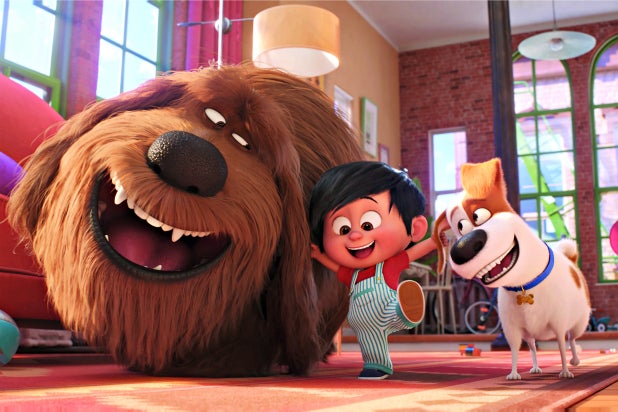 This weekend’s two new releases are falling below expectations, with Universal/Illumination’s “The Secret Life of Pets 2” currently projected to take No. 1 with a $46 million opening weekend from 4,561 screens.

If that result holds, “Secret Life of Pets 2” would have one of the lowest openings ever for an Illumination release. However, word of mouth is strong so far and matinees could bump the film’s weekend totals into the $50 million range that Universal had initially projected. While critics have been mixed with a 53% score on Rotten Tomatoes, family audiences have given “Secret Life of Pets 2” their approval with a 4.5/5 Postrak score and an A- on CinemaScore.

Also Read: 'Aladdin' to Fly Past $500 Million at Global Box Office in 15 Days

But there is no such cause for optimism for Fox’s “Dark Phoenix,” which is set to end Simon Kinberg’s “X-Men” franchise with a thud as it opens to an estimated $35 million. That is by far the lowest opening in the near-20-year history of the “X-Men” films, falling 34% below the previous franchise low opening set by 2013’s “The Wolverine” with $53.1 million. Critics have panned the film with a 22% Rotten Tomatoes score, and audiences have been lukewarm with a B- on CinemaScore and a 3/5 on Postrak.

While the film is on track to flop for Fox, it’s another source of box office grosses for Disney, as this is the first Fox blockbuster it is distributing since acquiring the former rival studio back in March. Currently, Disney holds a domestic market share of 35% and an annual total of over $1.6 billion, higher than the combined 2019 totals so far for Universal and Warner Bros.

Disney is also seeing steady numbers come in for “Aladdin,” which is estimated to finish No. 3 in its third weekend with an estimated $24.5 million. That would bring the domestic totals for Guy Ritchie’s remake to $232.5 million after it passed $500 million worldwide earlier this week. Combined with “Avengers: Endgame” and “Captain Marvel,” Disney holds the top 3 highest grossing films of the year so far.

In fourth is Warner Bros./Legendary’s “Godzilla: King of the Monsters,” which is taking a steep fall from its $47.7 million opening last week. After grossing $4.3 million on its second Friday, the third MonsterVerse installment is looking at a second weekend estimate of $14.7 million, down 69% from its opening weekend. While hardcore “Godzilla” fans showed up last weekend and generally appreciated the movie, that hasn’t translated to much casual moviegoer interest.