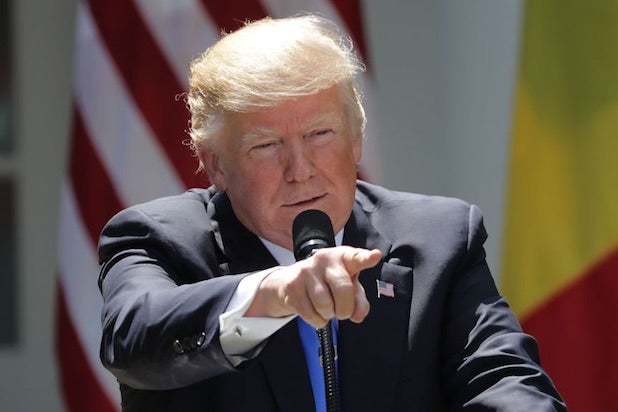 The U.S. Secret Service says that it has no audio recordings or transcripts of tapes from the Trump Administration, the Wall Street Journal reports.

Citing the Secret Service’s response to the Wall Street Journal’s Freedom of Information Act request for records, the paper said that the Secret Service didn’t rule out the possibility that “another entity” had created recordings since Trump took office in January.

The topic of recordings during Trump’s term has become a matter of increased interest in recent weeks, after Trump brought up the subject while discussing ousted FBI director James Comey.

In a Tweet published May 12, Trump suggested that recordings of conversations between him and Comey might exist, writing, “James Comey better hope that there are no ‘tapes’ of our conversations before he starts leaking to the press!”

Trump teased the possibility of tapes existing again on Friday, telling reporters in the White House Rose Garden that he’ll talk about the topic “maybe sometime in the very near future” and adding, “Oh, you’re going to be very disappointed when you hear the answer, don’t worry.”

Also Read: Trump Teases Comey Tapes: 'I'll Tell You About That Sometime, Maybe in the Very Near Future' (Video)

During Monday’s White House press briefing, press secretary Sean Spicer told reporters,”The president made clear in the Rose Garden last week that he would have an announcement shortly.”