Pop star Miley Cyrus is styled in the fashion of a scantily clad fairy, with carefully positioned crystals that cover her stylized blush-colored privates.

LaChapelle’s “Lost + Found” cover has Cyrus clad with huge, iridescent fairy wings and posed next to a bunch o

“Lost + Found,” LaChapelle’s first photo book in 10 years, is a retrospective of the photographer’s career from his early days in 1980s New York City to the present. 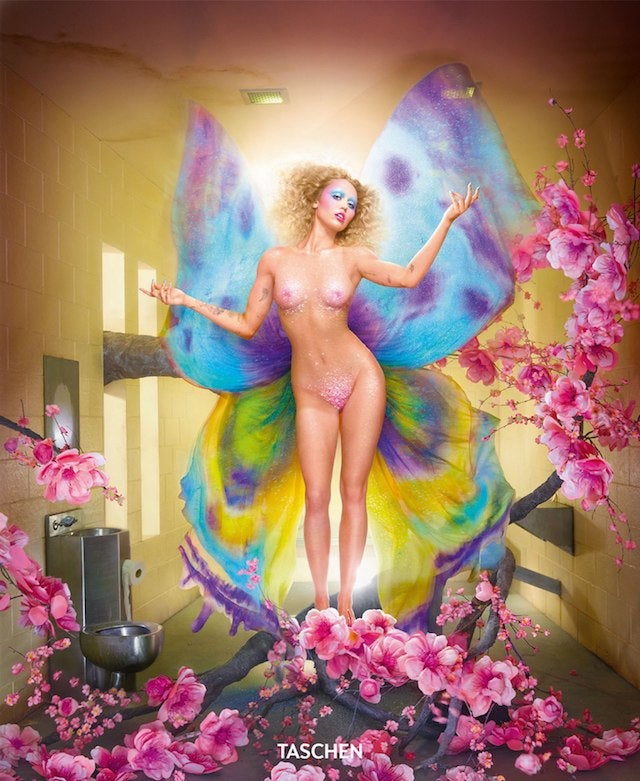