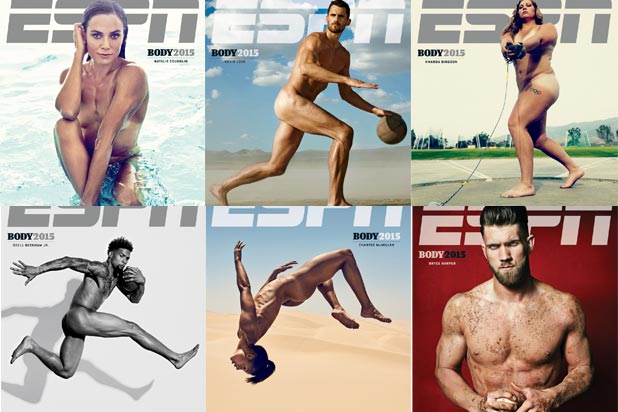 The biggest names in sports have stripped down to their natural glory once again for ESPN The Magazine’s seventh annual Body Issue.

The most highly anticipated issue of ESPN The Magazine of the year feature 24 athletes in total — all 100 percent naked — sharing secrets of their success on and off the field.

A member of the U.S. Women’s World Cup team that beat Japan 5-2 in the finals on Sunday, Krieger said: “I’m proud of my body, I’m proud of my sport, I’m proud of being a professional athlete. Being naked is just another aspect of that.”

“One of the things I love about the Body Issue so much is that it celebrates the bodies that allow us to be successful in our sport,” said Coughlin, who boasts 12 Olympic medals along with her beautiful physique. “As a sports fan, I love seeing the differences in body types.”

See all six covers below.