Taron Egerton has nailed the look of Elton John — in all his bedazzled sunglasses and gold lamé-loving glory — in the first look from the upcoming biopic/fantasy “Rocketman.”

Director Dexter Fletcher’s film is described as an epic musical fantasy about the uncensored human story of Elton John’s breakthrough years, with Egerton playing the music giant in various stages of his legendary life. 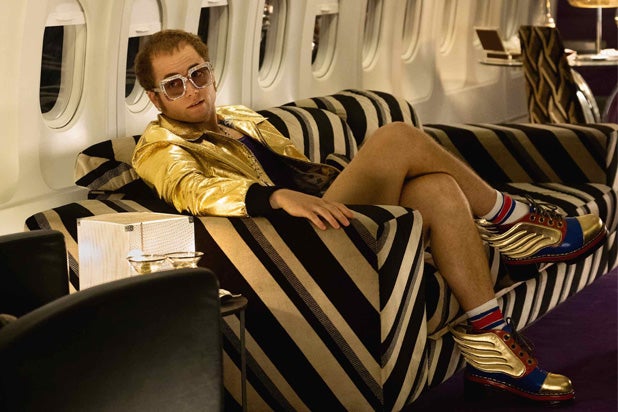 Egerton, a young British actor best known for the two “Kingsman” spy movies and the upcoming latest iteration of “Robin Hood,” is set to sing John’s songs himself on screen.

Lee Hall wrote the script for the film.

Paramount is set to release the movie on May 17.