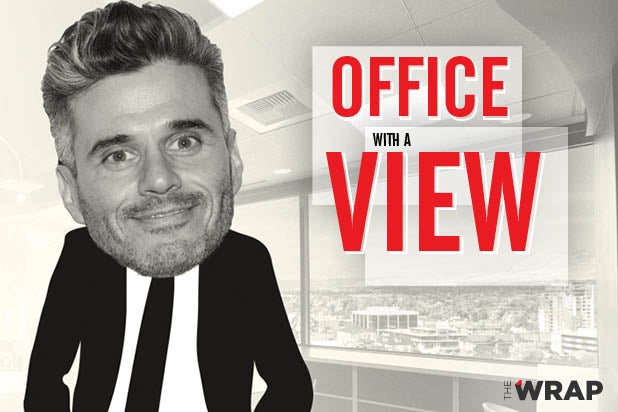 Evan Shapiro wants his Seeso service to win over the comedy community, and he plans to accomplish exactly that, one nerd at a time.

Last week, the Comcast-NBCUniversal over-the-top comedy offering dropped its free beta preview with five original series and an archive that includes 41 seasons of “Saturday Night Live,” all “30 Rock” and “Parks and Recreation” episodes, remastered “Month Python” titles, and a hi-def version of “Kids in the Hall,” among others classic comedies.

Seeso, which officially launches on Jan. 7, will raise that total of original series above 20 within its first year; the Shapiro-led experiment also plans to drop new stand-up comedy every day.

“We’re trying to create a ritual of laughter,” Shapiro, who used to head up the socially conscious Pivot TV, told TheWrap.

At $3.99 per month, Seeso is digital, standalone, and only humor — a stark contrast to the big buffets of content offered by the likes of  Netflix, Amazon, and Hulu.

“To a certain extent, they’ve become the very issue that they meant to solve,” Shapiro said of Netflix, Amazon, and Hulu, which he believes also are attempting to be all things for all people. “Those that have been disrupting are perhaps [prime] to be disrupted.”

Shapiro spoke to TheWrap about comedy, Pivot and his plans to disrupt the disruptors.

TheWrap: How many of these SVOD services can the current market bear?

If you are home on a Saturday night, after a beer — or if you live in Colorado, a bong hit — and you’re just looking for something to watch, it’s become work. That thing that’s supposed to free you is now that chain around your ankle. What’s missing is frankly some of the things that traditional television offer you, which is one, when you log on, something is playing automatically, even if you didn’t chose to watch it, and two, curation by professional human curators who know what the fuck is good and what isn’t.

So I think the better question is how long can the OTT monsters — the big players in the space — continue to only be all things to all people. How long can they continue to provide a paradox of choice without frustrating the consumer? And at what price… is a subscriber going to say, “Hey, this is that bundle problem where I’m paying for stuff I don’t watch all over again.”

Is NBC going to be doing a larger-scale SVOD service, a la CBS All Access?
By 2030 — 15 years from now — 100 percent of the 18-49 demographic will be millennials and younger. If you’re Comcast-NBCUniversal, what you have to realize is that the way the television ecosystem is gonna look just 15 years from now — that’s not that long — is dramatically different than what it looks [like] today.

What you know is that pay-TV as we know it will be around, but it’s hard to know exactly what kind of subscriber base that’s going to look like. And other things will be around, be it skinny bundles or OTT … What we have to be in playing in both areas.

With hindsight and no lasting obligation to Participant Media — is do-gooder channel Pivot TV going to work?
It’s very hard to make a standalone, independent network work. My best answer with regards to how to articulate what is going on at Pivot and Participant is for you to kind of read what happened since I’ve left.

I think Pivot definitely has a place in the world. The average millennial cares about the planet more than any generation that came before them … There is a big need for them to meet up somewhere where the content can be good for them. One of the major premises around Pivot was we were allowing MVPDs to sell the channel to their broadband-only subscribers as a standalone channel. That was a big selling proposition. I may have been a little early to there.

Digital is probably a larger portion of their future than linear, if I had to guess.

With so much comedy on the web — everyone has a web series, the vast majority of it sucks — how do you stand out and ensure your stuff is quality?
First we start with professional people … you start with a community of people who have a proven track record of making quality content. You only work with people who are ready for primetime.

Our comedy genome starts with “Saturday Night Live” and “Parks and Rec” and “30 Rock.” When you start with that genome, you have a huge responsibility to do things of a certain quality.

What does success look like in 12 months? What does failure look like?
Putting NBCUniversal at the forefront of the OTT conversation, I think — and you’d have to ask my bosses — is considered one measure of success so far. There isn’t an article written about OTT that doesn’t mention Seeso right now, and that feels important, because it’s an important moment in time.

Looking around the industry, other major companies have changed their strategy in context of what we’ve announced. CBS put ‘Star Trek’ on All Access versus TBS. Other people have made other announcements. People seem to be pivoting based on this idea of a big niche single-channel brand with original content at launch.

As far as success for Seeso in particular on a moving-forward basis, it’s obviously going to be — you know, we have a critical mass of subscribers that is lower than 100 million, but more than 50,000. Obviously, I’m not going to get into specific numbers there.