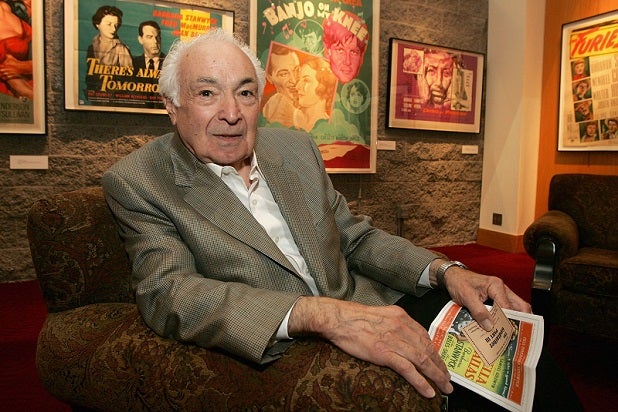 Ruscio died in the arms of his daughter Elizabeth at his home.

A World War II veteran who fought at D-Day, Ruscio was born in Salem, Mass., and trained at the Neighborhood Playhouse School for the Theater in New York City before heading out to Los Angeles in the 1950s.

During his lengthy career as a character actor, Ruscio appeared numerous times on series such as “Barney Miller,” “The Rockford Files,” “Lou Grant” and “Hill Street Blues.” From 1989 to 1993, Ruscio played the warm, opera-loving grandfather on “Life Goes On.”

On “Seinfeld,” Ruscio played a diner manager who drew suspicion from Elaine for only hiring big-breasted waitresses — who, as it turned out at episode’s end, were his daughters.

On the film side, Ruscio appeared in numerous titles, including “The Godfather: Part II,” “Jagged Edge” and “Showgirls.”

A proud stage actor, Ruscio’s live productions included “After the Fall,” “King Lear” and “The Merchant of Venice,” and a tour with Steve McQueen in “A Hatful of Rain.”

“He will be sorely missed … but never forgotten,” Fox added.

An author, Ruscio penned four books of poetry. His written works also included 2012’s “So Therefore…,” a book that offered lessons both about acting and life.

Ruscio also taught acting at a number of schools, including Cal Arts and UC Santa Barbara, and had recently taught Bing Crosby’s grandson.