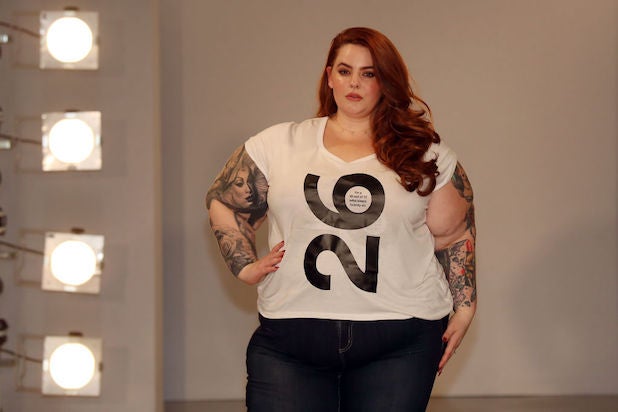 Body-positivity activist and author Tess Holliday was featured on the front of Self magazine’s first digital cover.

The image — Holliday posing in a backless pink dress — was met with some harsh criticism on social media.

Your health is none of my business? Yeah, it is my business because I have to pay for your outrageously high medical bills for the rest of your life.

Obesity is something that should not be celebrated, unless you like pills, doctors, hospitals, diabetes, heart disease and pain.

Tess Holliday is not inspirational. She quite honestly disgusts me. Being overweight is not healthy or something to be proud of. Not sorry.

Tess Holliday is on the cover of a health magazine, we’re truly living in a dystopian future

However, others praised both her cover and profile, written by contributor Ashley C. Ford.

This @SELFmagazine piece by the BRILLIANT funny wise amazing @iSmashFizzle on Tess Holliday has been the bright point of my morning (during an otherwise really abysmal point in the newscycle/history of humanity) https://t.co/h6chkwGFNm

Tess! I’m proud and happy for you! I loved the article and read it thoroughly. It was relatable in a lot of levels! Happy for your success.

If you haven’t taken a moment out of your day to take a look at Self magazines online cover model- do yourself a favor and do it now. #vproudofSelf #TessHolliday

Holliday’s profile was featured as part of the magazine’s Weight Issue, a collection of short stories centered on discussions of weight and health. In a letter that served as a prologue to the stories, editor in chief Carolyn Kylstra wrote, “We chose to feature [Holliday] and give her a platform because she has insightful things to say about thriving in a world that devalues bodies of size.”

In the piece, Holliday touches on topics ranging from post-partum depression following the birth of her second child to concern-trolling, and explains how she deals with the latter.

“I just refuse to go down that road, and to feel like I need to prove my health and my worth to people that don’t care.”