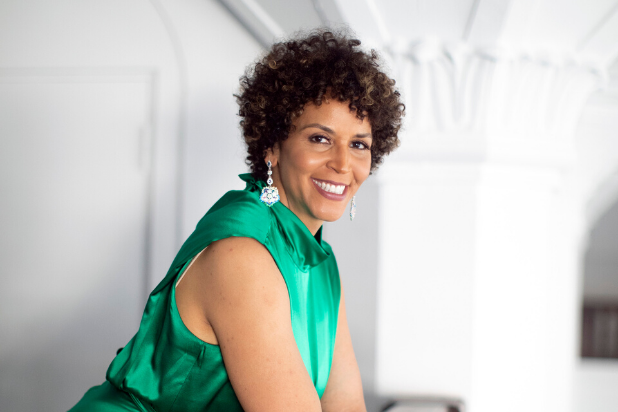 Madame C.J. Walker is the OG #GirlBoss, yet not many people know her story. Which is exactly why showrunner Elle Johnson jumped at the opportunity to tell it in Netflix’s “Self Made: Inspired by The Life Of Madam C.J. Walker.” The four-part limited series, starring Octavia Spencer and Tiffany Haddish, follows the unprecedented success story of Madam C.J. Walker, the founder and owner of a hair care empire and America’s first female millionaire.

“As a black woman in America, Madam C.J. Walker is a name I’d always heard about growing up, but I didn’t know very many of the details of her life,” Johnson told WrapWomen. “I was intrigued by the fact that she was born free two years after the Civil War, and that despite all the isms against her – racism and sexism – she didn’t let anything stop her from creating a hair care industry that today is worth billions of dollars,” she explained.

Despite Madam Walker’s epic success, “Self Made” marks the first time a major Hollywood studio has greenlit a project telling her story. Johnson opened up to WrapWomen about working on the groundbreaking series and why Hollywood needs to continue telling stories about black women in America.

Also Read: Why Issa Rae Made a Fictional True-Crime Series About a Missing Black Woman for 'Insecure'

What about Madam C.J. Walker’s story inspired you?

I was personally inspired by how she wouldn’t take no for an answer and that she created opportunities for herself. She didn’t necessarily have someone who looked like her to model her success after, “nevertheless she persisted.” She had to be her own hero and inspiration to keep going.

At one point she had 10,000 people working for her. That blew my mind. I’d never heard of a black woman running a business that large at that time before. The fact that she was also an activist and philanthropist who not only encouraged, but also rewarded her employees when they gave back to the community really made me want to get her story out to a wider audience. In a time when it feels like corporations put profits over people, it’s inspiring to know that Madam C.J. operated under a different paradigm, one that espoused running a successful business that also benefitting her community.

What was it like working with such an incredible group of women on this project?

Refreshing. Humbling. Liberating. At one point my co-show runner, Janine Sherman Barrois, said this must be what it’s like to have sisters. Mind you she said this after a particularly rough week of let’s call them “heated discussions.” What I realized was that we were able to be ourselves – to not apologize or stifle or take a step back — but to bring all our passion, including disagreements and differences of opinion, to the project and still feel deeply connected to the material. And to each other. At the end of the day we had each other’s backs. We were all working for the common goal of making this project a success. Contrary to what you might think, that didn’t mean checking our egos but making sure everybody was bringing their full, complicated selves with all that swagger to the table for the benefit of telling this story. I love that about this group of women — that when we came to work we could show up as our authentic real selves and give it everything.

What message do you hope your series sends to the industry?

I hope that people in the industry will look at “Self Made” and not only be inspired and personally moved but realize that it’s a good business decision to tell stories about Black women. I hope they see that it can be done on a budget and in an engaging and binge-able way that’s relevant to contemporary audiences.

How important is it that the industry continues to greenlight projects that focus on black women in history?

The industry is always looking for untold stories or new ways to explore familiar and intriguing themes, and one place to look is to the untold tales of Black women in America. Historical stories are always a way to indirectly comment on the present, and there are so many amazing and worthy untold stories out there to choose from. I think now more than ever audiences are hungry for projects about black women. Due to that, we are in a moment when the powers are open to giving these projects a chance. Right now, it’s important to strike while the iron is hot and get stories about black women made to show that they are viable in the marketplace and important to the culture at large.

What advice do you have for young women who are looking to break into the industry?

Always be practicing your craft, even if you’re not getting paid to do so and especially if you’re not getting paid. As a writer I’m lucky because I don’t need anyone’s permission to do what I do. I can just sit down and start creating characters, a world, or a story. If you’re a director, direct something, even if it’s by using your phone as a camera. If you produce, help produce someone’s project. Always be practicing your craft. Don’t wait for opportunities to come to you. Be like Madam CJ Walker and create them for yourself.

WrapWomen is a power base of influential women of entertainment, media, technology and brands committed to changing the face of their industries. Through media and live events, we provide a platform to accelerate the vision of women who are building towards a more equitable world. For more information visit: www.wrapwomen.com