The winners at Saturday’s Student Academy Awards now have two more well-known filmmaker with whom they can rub shoulders: Henry Selick and Penelope Spheeris have been named as presenters for the ceremony, the 37th Student Oscars that AMPAS has presented. 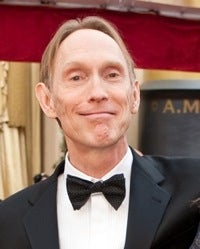 Selick (left), who was nominated for two Student Academy Awards while studying animation at CalArts, was nominated for Best Animated Feature at the last Oscars for “Coraline.” Previously, he directed the films “The Nightmare Before Christmas” and “James and the Giant Peach,” among others.

Spheeris (below), who majored in film at UCLA, directed “Wayne’s World” and “Suburbia,” along with a number of documentaries, including all three installments of “The Decline of Western Civilization.” Her next film, “Balls to the Wall,” with Mimi Rogers and Christopher McDonald, is due out next year.

Previously, Jeremy Renner, a 2009 Best Actor nominee for “The Hurt Locker,” was named as a presenter on the show.

Student Academy Awards are handed out in the categories of Alternative, Animation, Documentary and Narrative.Winners have already been announced, but the student filmmakers will not know until the ceremony which level of award – Gold, Silver or Bronze – they will receive. 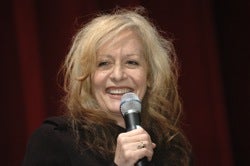 The ceremony will take place on Saturday evening at the Samuel Goldwyn Theater, in the Academy’s Beverly Hills headquarters. The event is open to the public and tickets are free, though they must be obtained ahead of time atwww.oscars.org, in person at the Academy or by mail. More information is available at (310) 247-3600.