I learned this morning that James Finkelstein, but everybody calls him Jimmy, spent about a year courting the editor/founder of media blog Iwantmedia.com, only to walk away within days of learning (from WaxWord!) that Nielsen had put The Hollywood Reporter and other entertainment titles up for sale. 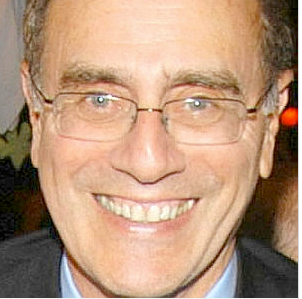 Patrick Phillips of iwantmedia.com – a blog that aggregates media news and sends out a daily email to several thousand media insiders – told me that Finkelstein took him to dinner and drinks for for the better part of 2008 and discussed expanding his site, and buying it. They got as far as signing a nondisclosure agreement and discussing a price.

"He’s very sharp, and he knows a lot of people," said Phillips. "But I was like, ‘Why is this taking so long?’ AOL bought Time Warner faster than this."

Then Finkelstein suddenly disappeared."All of a sudden I stopped hearing from him. I emailed him, and never heard back," Phillips said. "And few months later, you broke the story about the sale."

Clearly Finkelstein found bigger and more established fish to fry. But according to Keith Kelly at the New York Post, the publisher has a habit of talking up dealmaking and then walking away.

In addition to Iwantmedia, Finkelstein has dated New York magazine and Thompson Educational Publishing, only to break it off.

So as they never, ever say in Hollywood: Caveat Venditor.

The word from my inside source is that the deal to sell The Hollywood Reporter and several other flagship Nielsen titles — like Billboard — may be done by Friday.

WaxWord reported a week ago that the ailing trade THR was about to be sold to James Finkelstein, a young publisher based in New York whose family’s News Communications Inc owns the "Who’s Who" series.

That report said the Reporter, along with Billboard, Adweek, Brandweek and Mediaweek – which all have been struggling mightily in the past year – were part of the deal.

But then we got a bit confused after Nielsen CFO Brian West said early this week that the conglomerate might want to keep those titles.

"For our prime, core, iconic brands – Billboard, THR, etc. — where those brands are very strong in their class, that have online capability, the opportunity to go right at the consumer, and there is a trade show element — those are the ones we’ll continue to work through this cycle because those brands, once this turns around, those are going to win — largely by the brand itself," West said on an earnings call.

But our source stands by the original report. Veronis Suhler is apparently handling the sale. No word on any price, nor on what Finkelstein intends to do with the titles.

All of the Nielsen brands — jointly owned by a consortium of private equity firms including the Blackstone Group, the Carlyle Group, Hellman & Friedman, Kohlberg Kravis Roberts, AlphInvest Partners and Thomas H. Lee Partners, known collectively as Valcon — are financially ailing.

Neither Finkelstein nor Nielsen has been willing to comment despite numerous requests by WaxWord.