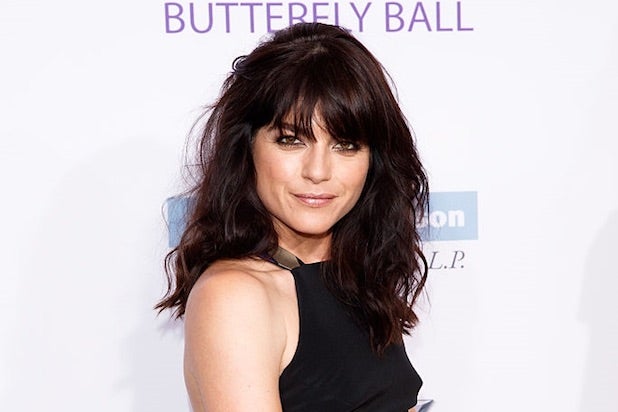 Selma Blair has joined the cast of the upcoming Paramount Network series “Heathers” as a menthol-smoking, “rough around the edges” stripper named Jade.

The actress made the announcement Thursday on Instagram, posting a photo in costume with a caption read: “Do I look like step Mother Theresa ? @heathers #paramountnetwork2018”

Do I look like step Mother Theresa ? @heathers #paramountnetwork2018

A network spokesperson tells TheWrap that Blair’s character “might be a real beauty if she wasn’t rode hard and put away wet.” So, contrary to Blair’s claim, her character is most definitely not like Mother Theresa. She is, however, the gold-digging stepmother to Heather Duke (Brendan Scannell), who is simply biding her time until her 82-year-old husband kicks the bucket.

“Heathers” is an hour-long black comedy anthology based on the 1988 cult classic film of the same name that starred Winona Ryder, Christian Slater and Shannen Doherty, who will make a guest appearance on the new series.

“Heathers” premieres on Paramount Network in 2018.