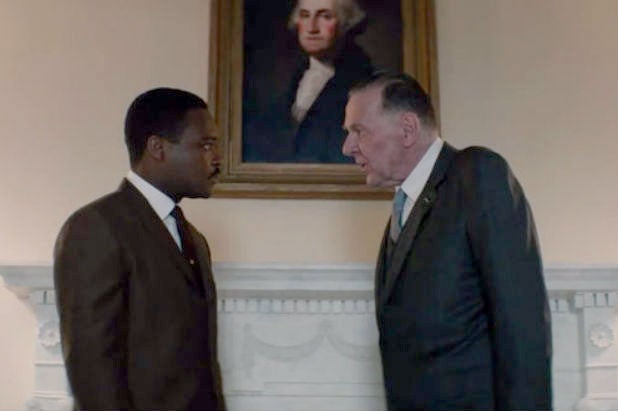 “Selma” was all but shut out of the Academy Award nominations Wednesday, as the film’s star David Oyelowo and director Ava DuVernay were overlooked in the Best Actor and Best Director categories.

The film, depicting the 1965 voting rights march led by Martin Luther King Jr. from Selma to Montgomery, Alabama, was nominated for Best Picture and Best Original Song. But the critically acclaimed film’s mere two nominations angered some media figures who took to social and digital spaces to express their shock at the snub.

“To the extent that one can be ‘angry’ about a certain filmmaker not being nominated for a major award that honors the best in filmmaking, I am angry,” Mendelson wrote.

“I am angry both because she deserved a nomination. I am angry because if the legacy of DuVernay’s Selma becomes shaped by its Oscar-season controversy, I fear that it will affect the artistic opportunities afforded to its African-American female director in a manner different than if Selma would have come under fire under the directorial lens of a white male filmmaker.”

His colleague, Bill Weir, tweets about the demographic breakdown of Oscar voters.

The Atlantic’s David Frum suggests the controversy surrounding the depiction of former President Lyndon Baines Johnson played a hand in Selma being sidelined.

Is anyone surprised that Lyndon Johnson turns out to control a big block of votes at the Academy of Motion Picture Arts & Sciences?

The Grio’s Chris Witherspoon turned back the calendar 86 years.

I feel like I’m in 1929 watching the #Oscarnoms. No female or black directors, no actors of color, and only 1 black nom goes to #SelmaMovie

I want all of you to send a tweet to @SelmaMovie director Ava DuVernay w/the hashtag: #AvaIsTheBEST. Others turned Selma down. She rose up!

And MSNBC’s Al Sharpton called the lack of diversity “appallingly insulting,” noting the cases of Michael Brown and Eric Garner to The New York Daily News.

“In the time of Staten Island and Ferguson, to have one of the most shutout Oscar nights in recent memory is something that is incongruous.”