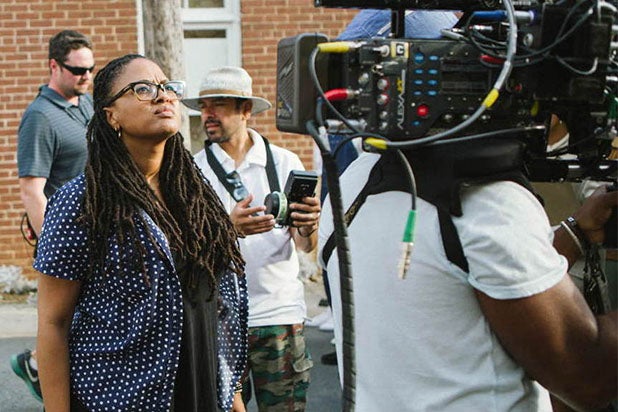 The director-star duo of Ava DuVernay and David Oyelowo are teaming up again for an untitled Hurricane Katrina drama from Participant Media, the company announced Monday.

The “Selma” and “Middle of Nowhere” director will step behind the camera again to tell a sweeping love story and complex murder mystery set against the backdrop of Hurricane Katrina, while Oyelowo is in negotiations to produce and star.

“Hurricane Katrina is one of the most important social and environmental stories of our time,” King said in a statement. “Ava DuVernay has shown herself to be highly skilled at bringing intimacy and contemporary urgency to epic events. We have been looking for the right way to get back in business with Ava, and with David Oyelowo, and are proud to re-team with them on her original idea, which we believe will be a powerful film.”

Oyelowo can currently be seen in DuVernay’s “Selma,” which has been nominated for a Best Picture Oscar. He is represented by CAA, Inphenate, Hamilton Hodell and Schreck, Rose, Dapello & Adams.

DuVernay is repped by Paradigm and Del, Moonves, Shaw, Tanaka and Finkelstein.