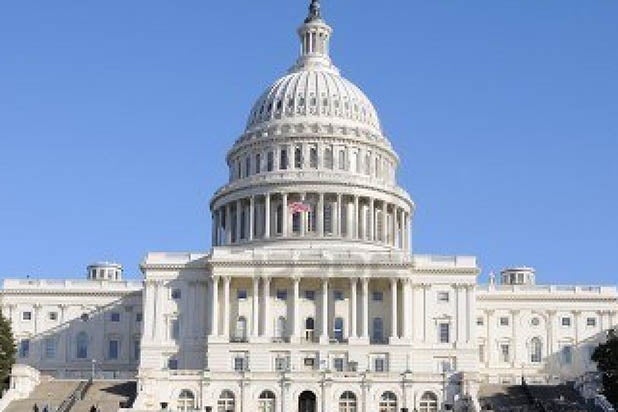 Leaders of the Senate Commerce Committee on Friday proposed to end the threat of local TV station blackouts for good, by suggesting that stations set their own fees so viewers pay a la TV stations they want.

The proposal is the latest in the ongoing battle over cable system retransmission fees. It was immediately praised by elements of the cable industry and consumer groups, and roundly denounced by broadcasters who warned it could lessen service and raise cable prices.

Potentially lessening broadcasters negotiating clout, it sets the stage for a new entertainment industry fight that could be impacted by the November elections.

Senate Commerce Committee Chairman Jay Rockfeller, D-W.Va., and the panel’s ranking Republican John Thune, R-N.D., unveiled their bipartisan proposal calling it “common-sense, pro-consumer.” The two said they hope to schedule a committee meeting to consider the legislation before Congress adjourns for the November elections, however, any detailed consideration would have to wait until next year — after Rockefeller retires from Congress.

The Senate proposal would change the law for all cable systems, not just satellite systems. It would let commercial TV stations continue getting retransmission fees for airing their programming on cable systems, but remove their ability to negotiate the rates. Instead they would have the choice of either offering their signals for free and getting a government guarantee that it gets aired on the local cable system or charging a retransmission fee.

As part of the change, media companies would find it harder to leverage their control of local stations to get cable additional channels carried and local stations could no longer band together to use the threat of pulling multiple stations to win higher retransmission pricing.

Supporters call the proposal an “evolution” suggesting it is a simpler approach to retransmission designed to put more power in the hands of the consumer. They suggest it still gives broadcasters retransmission fees, but increase the incentive for stations to serve local needs and increase their viewership.

“Sens. Rockefeller and Thune have decided that the status quo characterized by too many TV signal blackouts and escalating consumer costs for local TV signals needs to be changed,” said American Cable Association President-CEO Matthew M. Polk. “We support the conclusion that the time has come for Congress to enact Local Choice to ensure that pay-TV distribution of free local TV signals occurs in a manner that serves the public interest not just some of the time but all of the time.”

“The reforms that it provides will bring relief to TV viewers who have suffered from skyrocketing fees and blackouts, including the millions of DirecTV subscribers across the country who are currently being blacked out by Raycom,” the group said.

Gordon Smith, president of the National Association of Broadcasters warned that the changes hadn’t been fully studied and could lead to higher prices and strong negative impacts

The legislation “proposes a broadcast à la carte scheme that will lead to higher prices and less program diversity,” he said, adding that it “appears to confer unfettered and unprecedented authority for government intervention into private marketplace negotiations.”