The Arkansas Republican argued that mask mandates and public health decisions should be left to elected officials rather than “bureaucrats.” 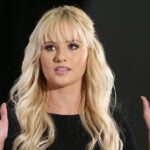 The senator went on to claim that public officials won’t “balance off interests like whether people can make a living to put food on the table, or their kids can learn at school – an integral part of which is seeing each other’s faces and their teachers faces to understand emotion, to be able to see lips, and so forth.”

While avoiding the spread of one of the most infectious viruses in history sounds a bit more integral to learning than seeing teachers’ facial expressions or lips, Roberts went on to play a clip of Gov. Ron DeSantis (R-Fla.) speaking against the mandatory mask mandates for schoolchildren saying “We’re not doing that in Florida.”

Roberts asked Cotton if he thought it was the White House’s role to “[come] down on elected officials for not following the mask mandate, to which he, of course, replied “no.” 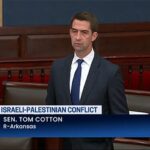 He continued: “And we’re not doing it in Arkansas either. Our legislature passed a law that prohibits any school from requiring anyone to wear masks. That’s exactly as it should be.”